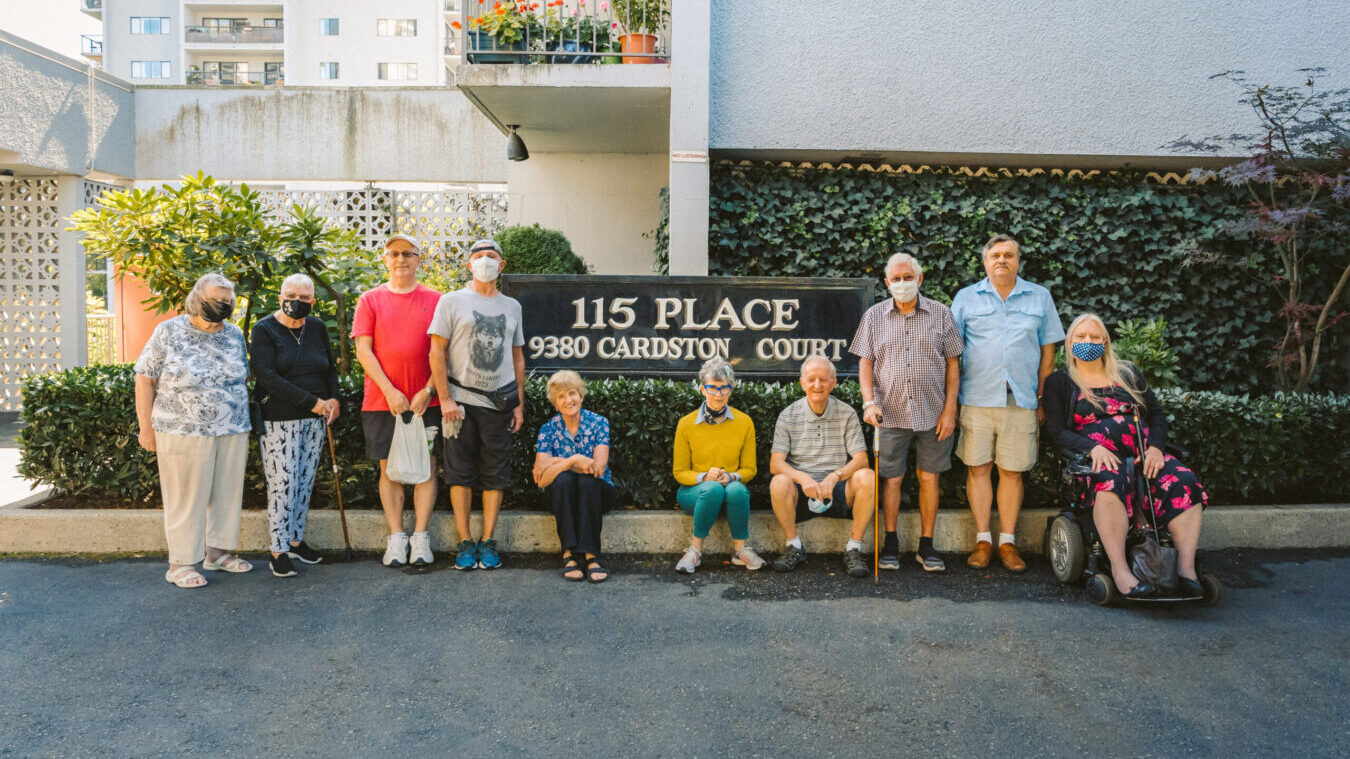 Our mission at CHF BC is to unite, represent and serve our members in a thriving co-operative housing movement.  And right now, one of our members needs your help.

For the last four decades, the good members of 115 Place Housing Co-op have built a strong and supportive co-op community in two towers on Cardston Court near the Lougheed Town Centre in Burnaby.  This beautiful co-op is on land leased from the Pension Fund of the International Union of Operating Engineers, Local 115.

The co-op’s lease is ending, and the union pension fund has decided to sell the land and buildings to the highest bidder. The inevitable outcome of a sale like that will be drastic rent increases and economic eviction for many of the co-op’s 244 households.  The province is doing its best to find a solution – BC Housing has made a fair offer to buy the property based on an independent appraisal.  But the pension plan isn’t listening – for them, it’s not about keeping seniors safe and secure, it’s only about the money.

If you agree, please let the pension fund know you hope they’ll reconsider and do the right thing. Call them at these numbers:

Or email them at these addresses:

You can also contact your local MLA and Housing Minister David Eby  (AG.Minister@gov.bc.ca or (250) 387-1866) and let them know you support the province’s efforts to secure this property and protect 244 co-op homes.

We can save this co-op if we act now, but there’s not much time.  Please do what you can.  The members of 115 Place thank you, and so does CHF BC.

‘(The union doesn’t) need our approval to sell the building, but the buyer insisted on that because they don’t want to deal with the mess without some sort of legal consensus from us.’

‘The way the contract was written, they would have gutted this place in no time and a whole bunch of people would have had to move out.’