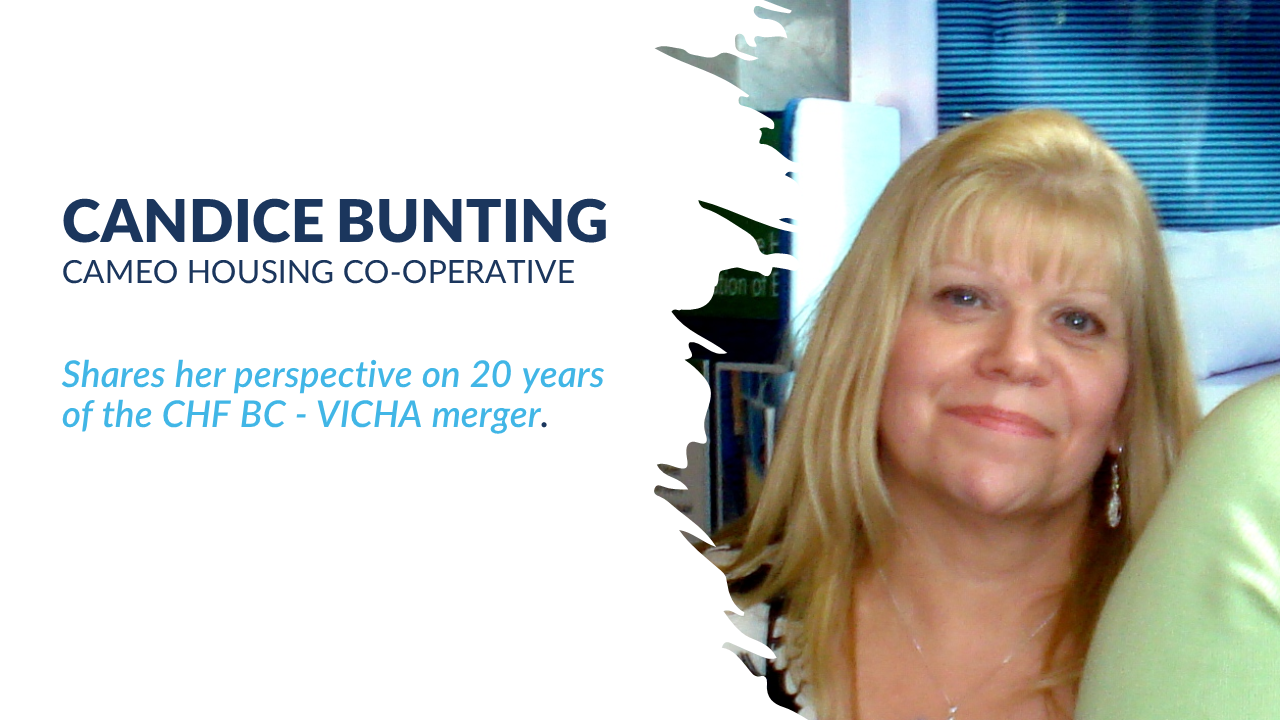 While a lot has happened over the past two decades, CHF BC remains committed as ever to serving and representing our members on Vancouver Island. Two of the 12 seats on the CHF BC board are reserved for Vancouver Island Directors. The Vancouver Island Council meets three times a year and facilitates communication with and among our Island members.

To get an idea of what it was like to be involved in the merger process, her thoughts on the results, and her hopes for the next 20 year, we talked with Candice Bunting, a member of Cameo Housing Co-operative in View Royal. Here is what she had to say:

The past 20 years have gone by very quickly and during that time CHF BC has accomplished so much for the Island Members.

Before the merger I don’t think any of us on the island really knew what we were missing. However, once the merger was finalized by the Members it opened up an entirely new world for us and it was like WOW!

Throughout the merger process I kept thinking about all the workshops we would be attending in the future and how much they and the commercial services were going to benefit us and save us money.

It was an amazing and very exciting time and I hope another 20 years, at least, is on the horizon for the island so we can continue to flourish. I still have my dream of seeing more housing co-ops built because there are too many people who don’t have safe places to call home. I feel so blessed that I am not one of them.