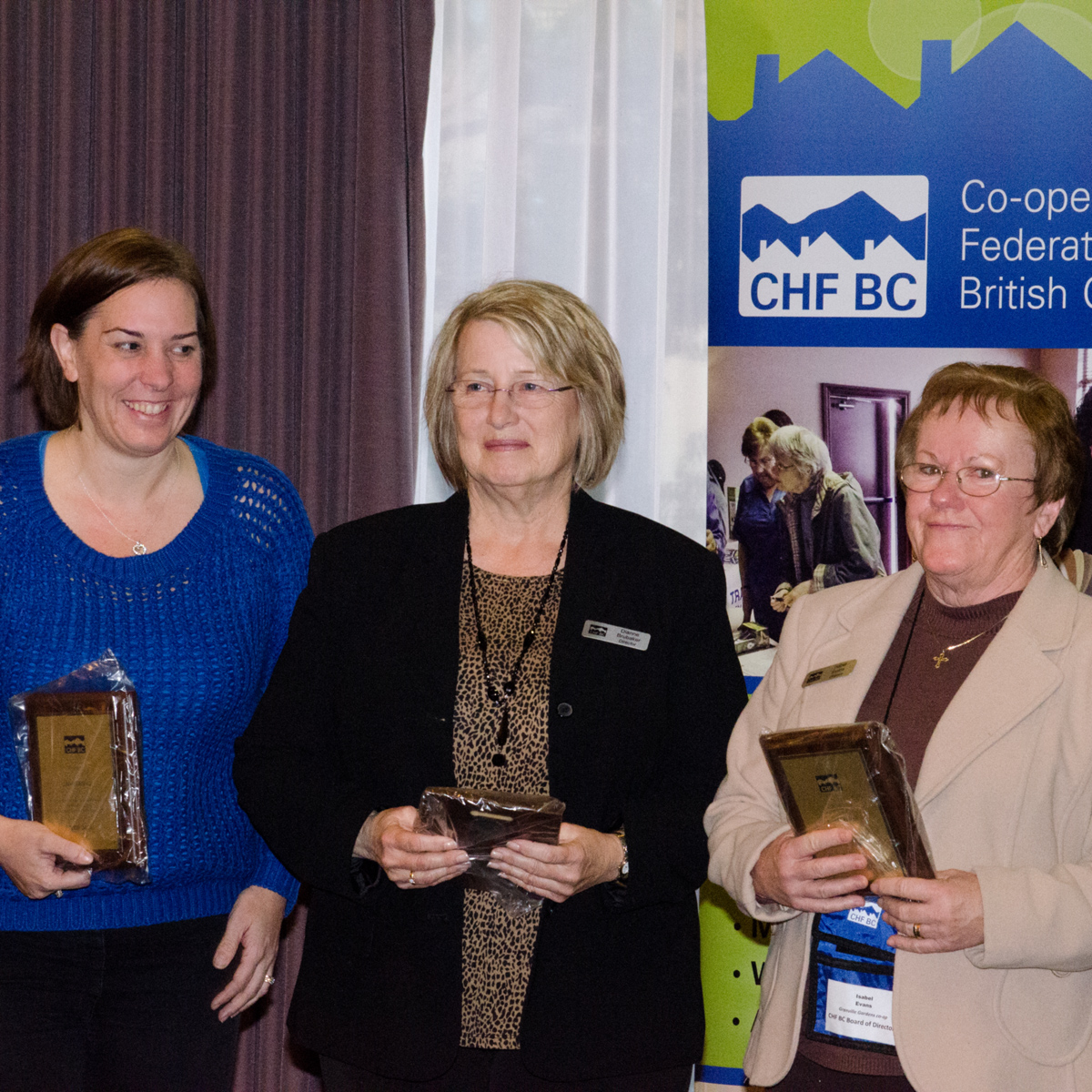 CHF BC pays tribute to long-serving directors and staff

At the CHF BC AGM on November 29, 2014, CHF BC honoured three long-serving directors as they left the board. Delegates applauded Isabel Evans, Lisa Berting and Dianne Brubaker who all reached their term limit on the board.Delegates acknowledged Ferhan Kassam for his six years of service on the Finance Committee.The Federation also paid tribute to Sue Moorhead who is retiring from the position of education director after 17 years with CHF BC.Photos:Retiring directors: (L to R) Lisa Berting, Dianne Brubaker and Isabel Evans.Sue Moorhead, CHF BC’s education director since 1997.