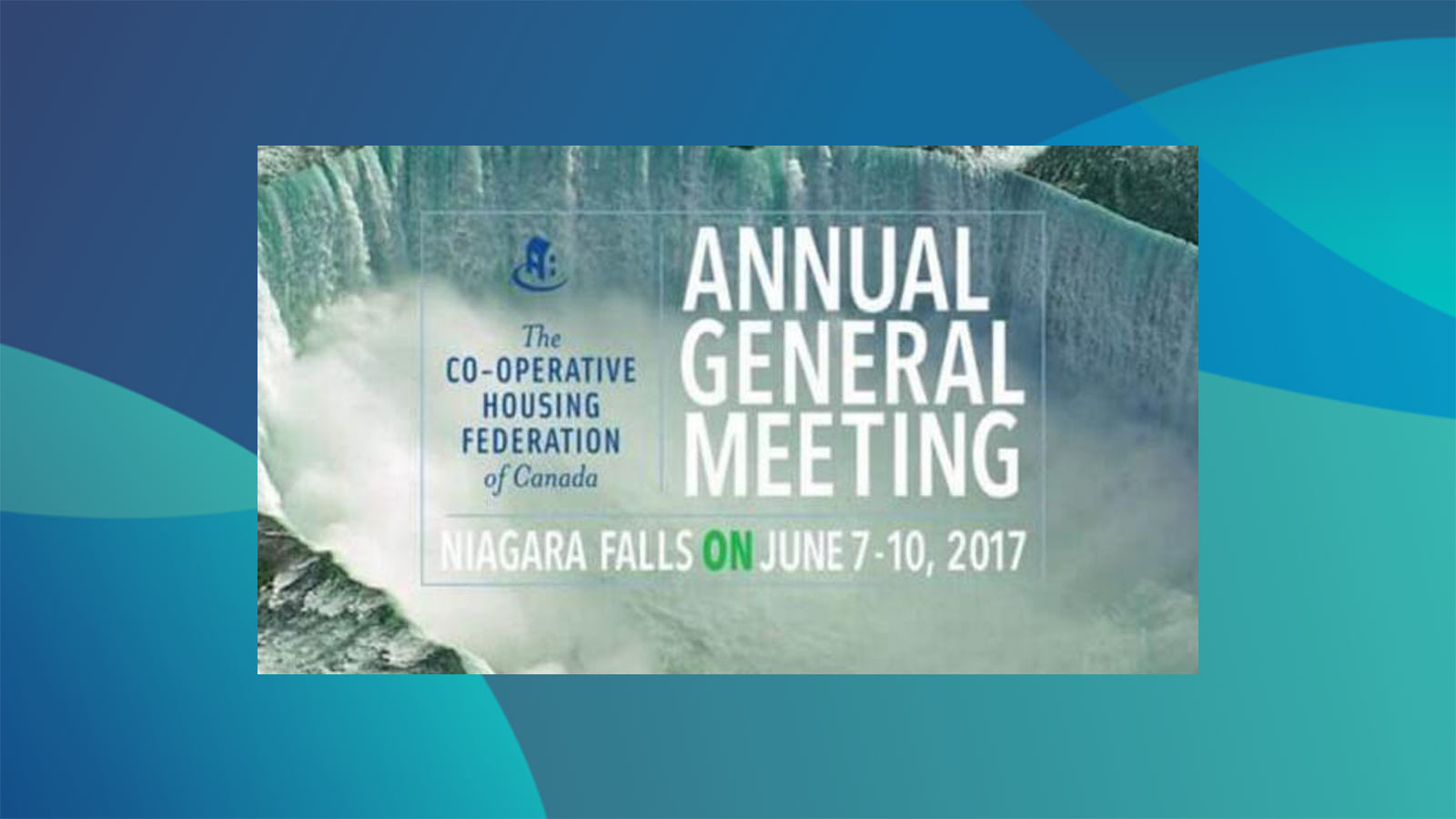 Over 700 members and supporters of Canada’s housing co-ops gathered in Niagara Falls for the annual meeting of the Co-operative Housing Federation of Canada (CHF Canada) last week.

Among other things, delegates explored exciting new initiatives for investing and partnering towards the creation of more co-op housing to address Canada’s growing housing affordability crisis.

The federal government’s National Housing Strategy is expected later this year, and many provincial and municipal governments across Canada are eager to address the urgent need for affordable housing. CHF Canada members considered proposals to potentially leverage billions of dollars worth of existing co-op housing real estate to secure new investments and partnerships required to develop new co-op homes.

This included a resolution brought forward by delegates from British Columbia that asked CHF Canada to commit at least $1 million to support the development of new housing co-ops and the growth of the co-op housing movement in Canada.

Some new development is already taking place thanks to innovative community land trusts in Ontario and British Columbia. This has led to the construction of Fraserview Housing Co-op in Vancouver, scheduled to open as BC’s largest housing co-op in 2018 thanks to a creative partnership between CHF BC, the City of Vancouver and other public and private partners.

Delegates spoke in support of the resolution and it passed with an enthusiastic cheer from the gathering. Gazzard says, “CHF Canada will work to bring financial and real estate assets of Canada co-op housing sector to the table in partnership with government and the private sector to develop secure, community-oriented, affordable co-op housing for the benefit of Canadians.”

After the resolution was adopted, CHF BC executive director Thom Armstrong said “We are very gratified by the support we received for our resolution and we look forward to partnering with CHF Canada to promote the growth of the co-op housing movement in Canada.”

Another concern of Canada’s housing co-ops is the looming end of federal operating agreements and rent subsidies for over 20,000 co-op households which threatens residents with homelessness unless action is taken. Although the federal government promised to address this issue in Budget 2017, housing co-ops are still waiting to hear the details of a solution so they can assure low-income households that the future of their homes is secure.

“The people most at risk here are Canadians with low incomes, the elderly, people with disabilities and new Canadians,” said CHF Canada President Nicole Waldron. “We look forward to getting news to these vulnerable households that their housing will remain affordable.”

The 2018 CHF Canada AGM will be held in Victoria, BC. We hope that every co-op in British Columbia will send a delegate to help CHF Canada celebrate its 50th anniversary.