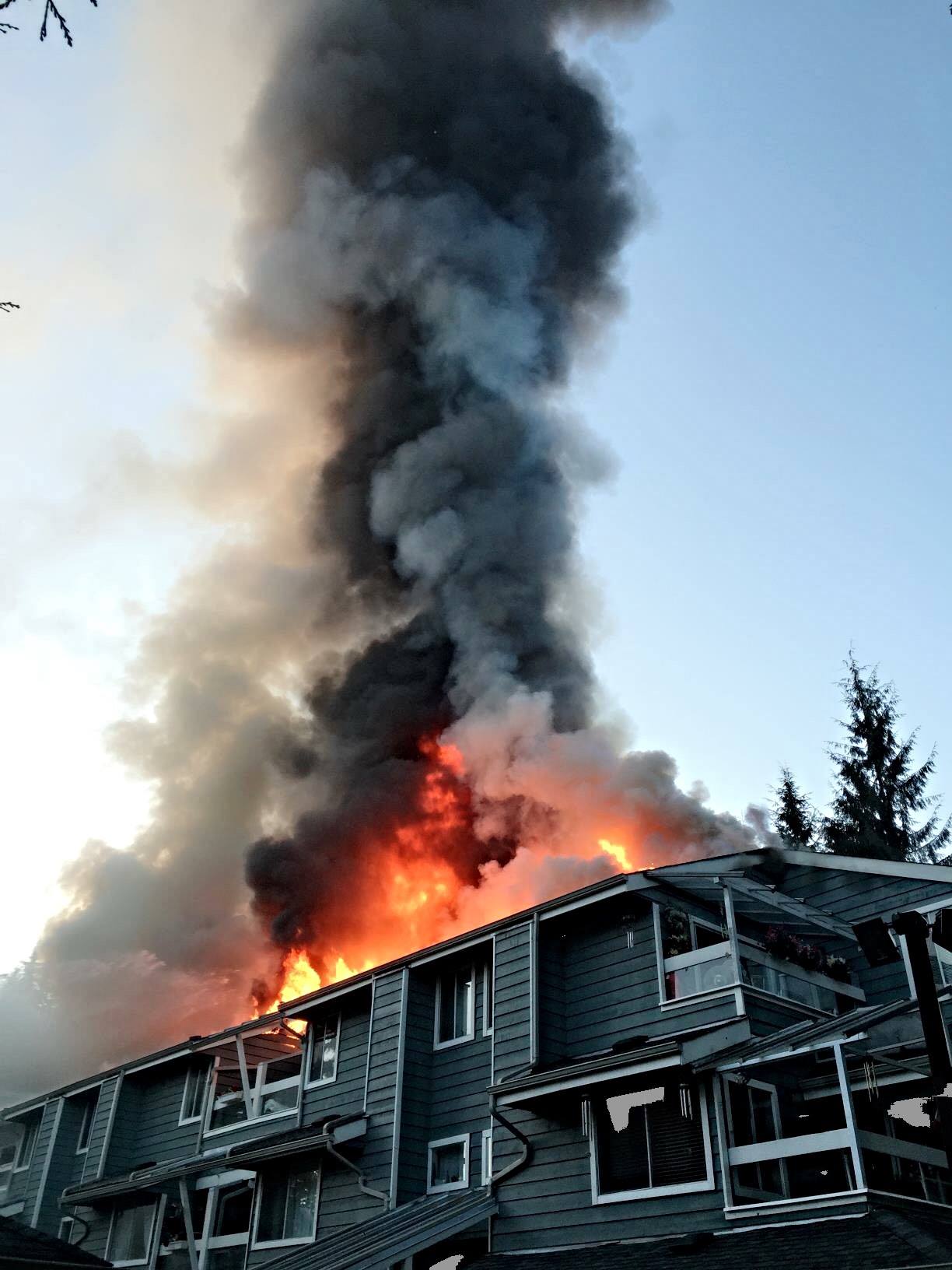 CHF BC continues to follow the story of  River Woods Housing Co-op in North Vancouver as they cope with the damage and loss of homes from a fire on May 7 affecting 26 units.The co-op has had a lot of support and donations from the community, with members at Mount Seymour Park Co-op next door pitching in to help immediately. River Woods president, Diane Bennett, says, “We have been so blessed with the overwhelming support of our community and partner organizations.”All the members who lost homes had insurance coverage, but to help them with what’s not covered by insurance, like deductibles, the co-op has set up a trust fund account at Blue Shore Financial called “River Woods Fire Victims Trust” #93052998. The co-op is also accepting donations via a Fund-Aid fundraising site. CHF BC has made a contribution of $250.Although most displaced members have now found temporary homes, local housing co-ops, like Mosquito Creek in North Vancouver and Halston Hills in Burnaby were among those who stepped up to offer vacancies to families displaced by the fire.You can follow the story on CHF BC’s Facebook page, River Woods’ Facebook page or join their Community Support for River Woods’ Facebook group.