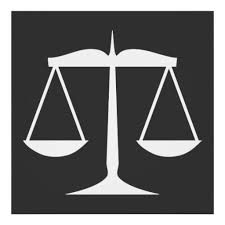 A housing co-op is no longer permitted to end someone’s membership by terminating their Occupancy Agreement.
The only way to terminate a membership is under Section 35 of the Co-op Act, which is already incorporated into every co-op’s Rules in Rule 5 (if you are using the Model Rules published by CHF BC), and now also a new section 35.1 of the Act.
Membership terminations for arrears are now treated differently under the Co-op Act.  The Act provides that a member may not appeal the decision of the co-op’s board of directors to the next meeting of members if the reason for termination is arrears.  Any appeal must be directly to the court, provided that a co-op has amended its Rules to remove the right of appeal to the members.
If a co-op’s Rules contain a provision that permits a co-op to end someone’s membership by way of Occupancy Agreement termination, then the co-op must amend its Rules at the next meeting of members to do away with that ability. If the next meeting of members is held in June, then the deadline for making the required changes is the meeting of members following the June meeting. For most co-ops, practically speaking, this will mean that the deadline is in September or later.

Check out this video: What were the changes made to the Co-op Act in 2013?

This is disappointing news. These changes take away a quick and economical way of dealing with defaulting members. Co-ops must now use the lengthier and more expensive membership termination procedures under Section 35 and 35.1 of the Co-op Act.
On the other hand, it helps that appeals to the members are no longer necessary where the reason for termination is arrears.  Once the board has made a decision to terminate someone’s membership for non-payment, the decision is final unless it is overturned by the court. Remember though, this advantage is only available to co-ops that amend their Rules accordingly.
CHF BC is working hard to complete a revised Model Rules and Occupancy Agreement that will comply with the new legislation and suggest many more best practices for housing co-op governance. This valuable resource—Model Rules 2.0—will be available shortly. Update: Model Rules 2.0 is now available to CHF BC members as of November 2013.
In the meantime, if your co-op is currently engaged in an Occupancy Agreement termination where the end of the 30-day notice of termination is later than May 31, 2013, you will not be able to enforce the notice. You should halt the procedure you are involved in and consult your lawyer or manager for advice on how best to proceed.
Please contact CHF BC at members@chf.bc.ca with general inquiries about this advisory. If you need specific advice and guidance, you should consult your co-op’s lawyer.
For more information: see sections 45 to 47 of the Finance Statutes Amendment Act, 2012.
Note: Since this article was written, the Co-op Act now includes all the amendments discussed above.