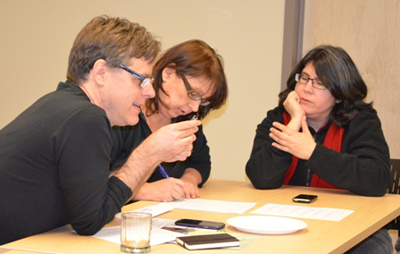 A packed room of co-op members heard the latest news from CHF BC and CHF Canada followed by a short presentation on the new Model Rules 2.0 project. Members formed discussion groups to tackle some of the key issues on the table for the new Model Rules. Their animated exchange produced many ideas and suggestions for the drafters of the new Rules and Occupancy Agreement.The new Model Rules will incorporate recent changes to the provincial Co-op Act and suggestions to improve co-op governance and operation.  It will make the model an even more useful governance tool for CHF BC members.A final version of Model Rules 2.0 will be available for members after June 2013 following even more consultation with CHF BC’s members.