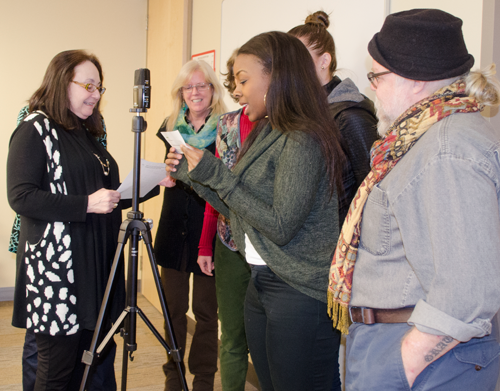 It was a packed room on Monday, February 16 for the first CHF BC and CHF Canada Member Forum of 2015. After reports from the two federations, members heard an update on the You Hold the Key Campaign. They followed this with a group exercise where they brainstormed ideas for an effective radio commercial that could convince other co-ops to pass a resolution supporting the campaign. The results were inspired. Here are a few examples:Demonstration ad from CHF BC and CHF Canada staff – “Showing some resolve”Group one – “Start spreading the news…”Group two – “What happened to Auntie Peggy?”After a break for food, networking and door prizes, members had a presentation on the soon-to-launch Aging in Place Survey from Aging in Place Survey Coordinator, Alison Planche. Members discussed their concerns about the challenges of aging in place and asked questions about the survey. Watch for the survey launch soon!