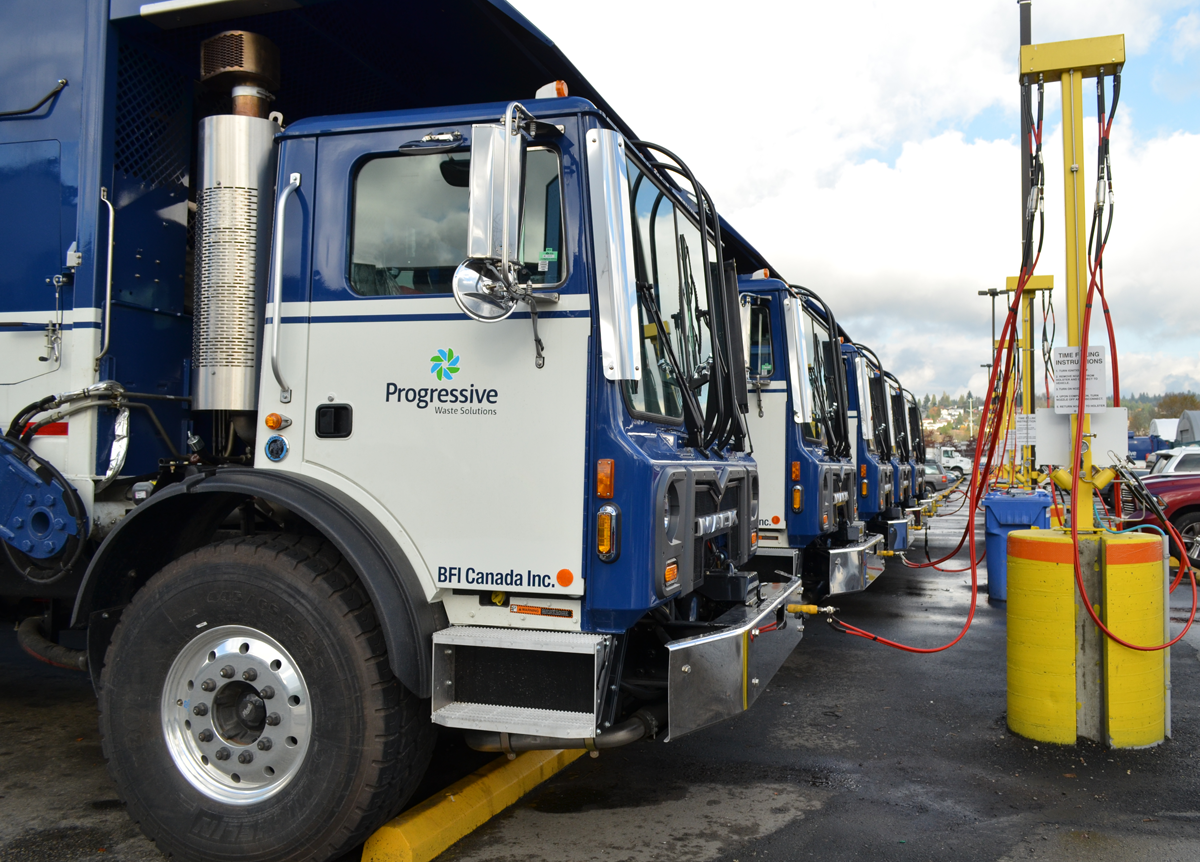 At the AGM on November 30, CHF BC announced the renewal of a three-year Waste and Recycling contract with BFI Canada – Progressive Waste Solutions.Delegates at the meeting learned details of the contract tender and decision-making process. After reviewing four competitive proposals, CHF BC chose to renew its contract with BFI Canada because of BFI’s competitive pricing and ability to meet all of CHF BC’s requirements:PriceCustomer serviceRecycling servicesEducation supportSustainable practicesOther factors (ownership, worker relations, sponsorship commitment, administrative fees)BFI Canada has replaced its old trucks with a new fleet of compressed-natural-gas* trucks. The company will now provide an organics recycling program which includes kitchen food scraps, and it has partnered with Terra Cycle to provide recycling of traditionally non-recyclable materials. In addition, BFI is now able to offer newly reduced rates for CHF BC members with prices that are 30 percent lower than previous rates, and up to 40 percent lower than the competition.A typical co-op will save close to $1000 per year; for larger co-ops the savings could be much higher. The new program kicks in January 1, 2014. “If you are an existing BFI customer, you will be getting a new contract in the mail from CHF BC in December,” says Arnold Sang, Commercial Services Director at CHF BC. “If you’re not in the program, contact the CHF BC Waste and Recycling Program to sign up.” Members can reach Arnold at asang@chf.bc.ca or 604-879-5111 ext. 138.China Creek Housing Co-op member Mary Kelly is excited as her co-op is an existing client with BFI and already has a “tote” for organics in place. “We’re ahead of the game!” she says. “I think it’s a fantastic program and couldn’t recommend it enough.”BFI Canada will also be sponsoring an additional scholarship for members in CHF BC’s Scholarship Fund.*Estimates show that compressed natural gas (CNG) trucks produce 18% less greenhouse gas emissions than diesel-powered vehicles; they also produce less volatile organic compounds, carbon monoxide and nitrogen oxide. The trucks are 10 decibels quieter at idle than diesel-powered trucks, and they can operate using renewal biomethane fuel. Finally, there is a 20 to 30% fuel cost savings.