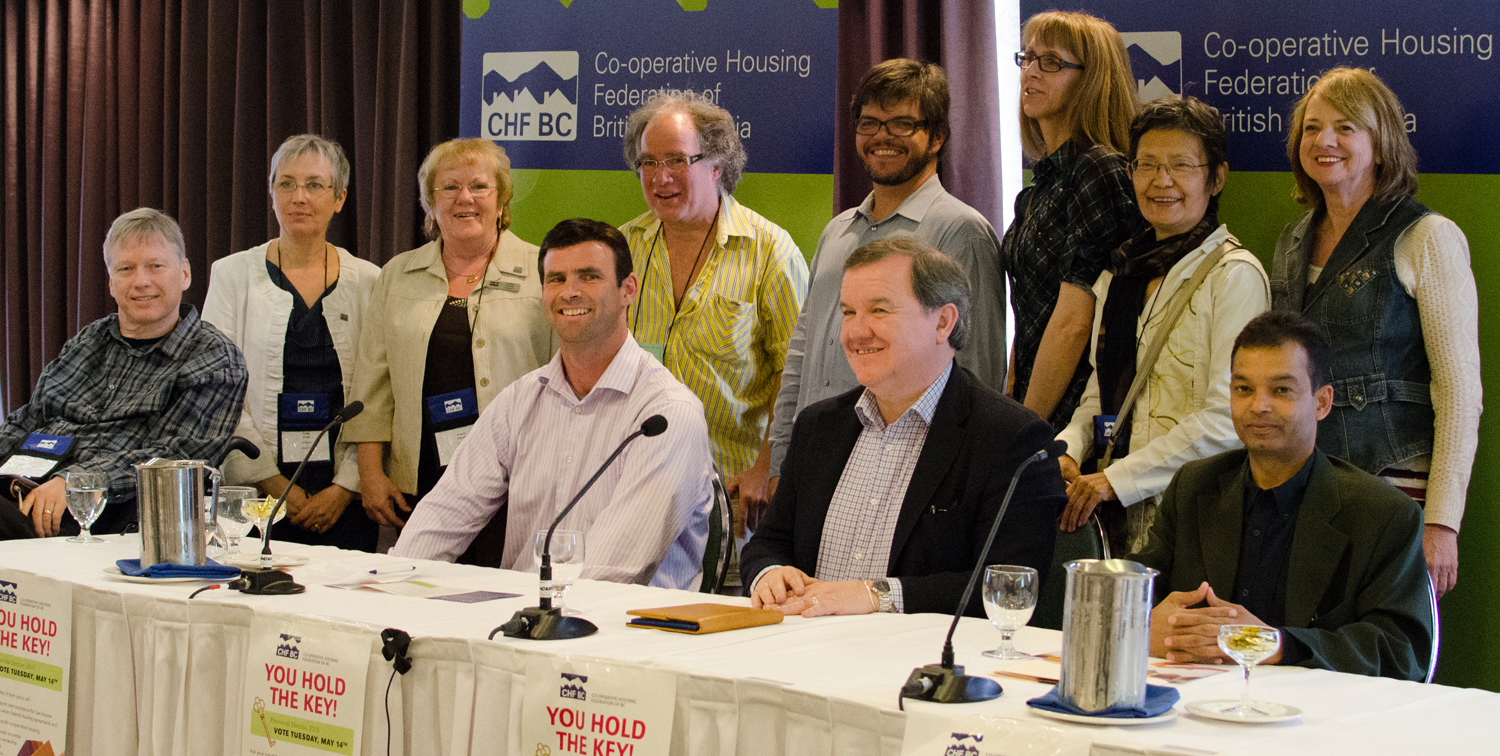 CHF BC is telling the newly elected BC Liberal government that they must unlock the solution to keeping low-income, senior and disabled British Columbians in their homes.“During the life of the government we’ve just elected, more than 1,500 co-op households in B.C. will lose the federal rent support that currently makes their housing affordable,” said CHF BC Executive Director Thom Armstrong.The real work starts now: reminding the newly-elected government of the commitments they made during the election campaign. CHF BC will continue to follow up with the new government and find solutions to the challenges facing so many co-op communities.Meetings on the eve of the election with returning BC Liberal MLAs like Rich Coleman were positive, said Armstrong, and support for the CHF BC goals was voiced by other freshly-elected candidates like Sam Sullivan (Vancouver-False Creek).Throughout the campaign it was our CHF BC Shadow Candidate Team (co-op members concerned about what could happen if expiring federal assistance is not replaced) who did the work to remind candidates from all parties that they hold the key to keeping co-op members in their homes. CHF BC gives thanks to their dedication, commitment and passion that put the plight of Section 95 co-op communities squarely on the political radar and opened the eyes of many to the immense potential of the co-operative housing model.Since kicking off a month ago with twin events in Vancouver and Victoria, the You Hold the Key campaign saw Shadow Candidates attend all-candidate meetings all over the Lower Mainland and Greater Victoria area, question hundreds of candidates in person, via email or by using social media, and meet with party leaders and political heavy-hitters, including Premier Christy Clark, NDP leader Adrian Dix, and Coleman, who held the housing portfolio before dissolution.To about the work of our shadow candidates and our You Hold the Key campaign, check out our Election Central blog.