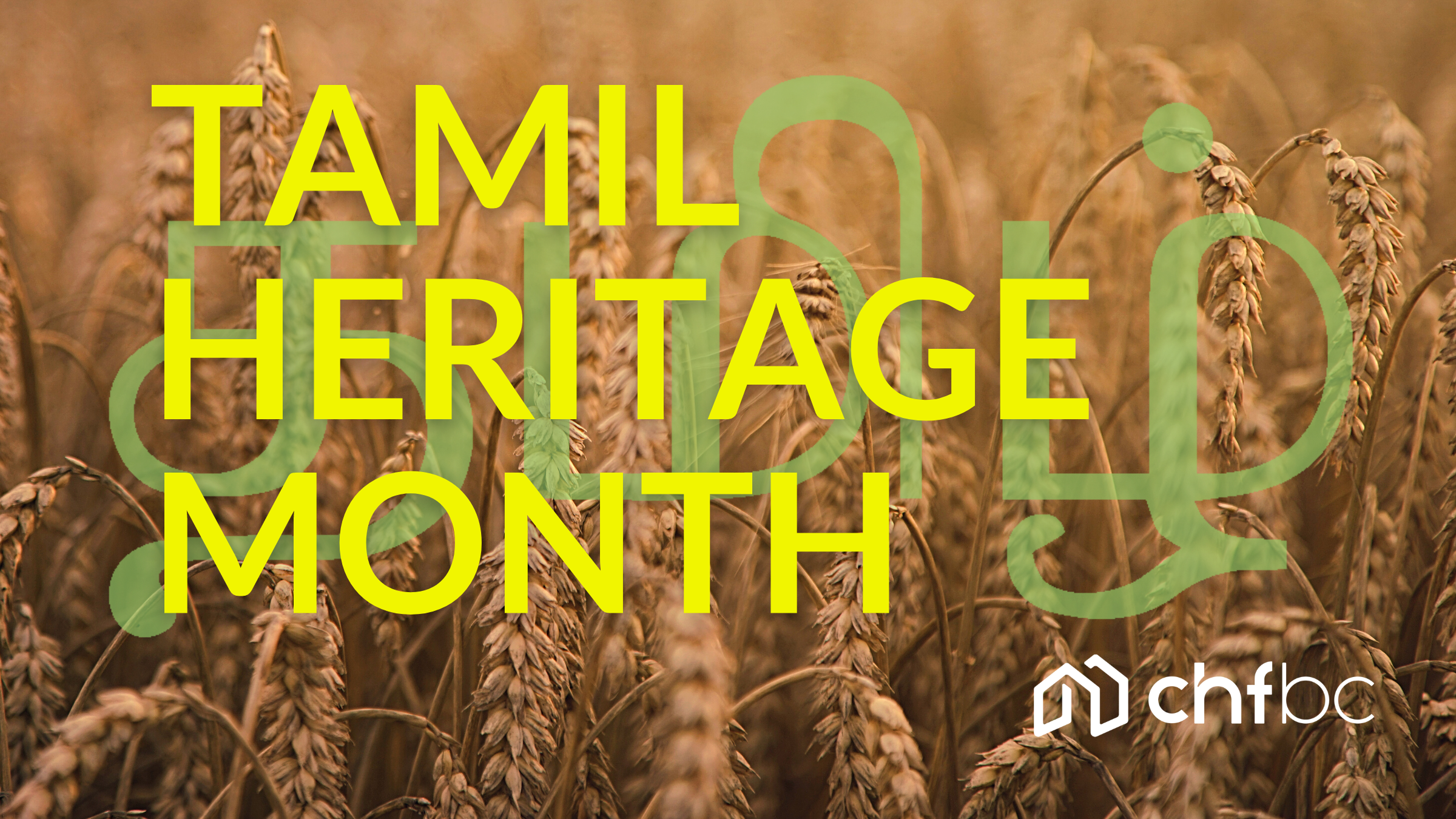 Tamil Heritage Month is celebrated each January to increase awareness and appreciation for all the achievements and contributions of the Tamil people. British Columbia—and the rest of Canada— is home to a large Tamil diasporas. According to Canada’s 2021 Census, there is an estimated 300,000 people speak Tamil in Canada, with almost 10,000 living in B.C. Tamil Canadians are a very diverse but committed community rooted in ancient cultural heritages.

CHF BC continues our work to promote and embody equitable access, opportunity, respect, and a sense of belonging for everyone in our communities. We acknowledge that Tamil Canadians have overcome numerous hardships to established deep roots in communities across the province. In doing so, they have enriched our social, economic and political fabric and been steadfast advocates for social justice and inclusion for all British Columbians.

Despite the tremendous obstacles that Tamil Canadians had to overcome before and after their arrival to Canada, they have made great contributions to our province and country. Some notable Tamil Canadians who have contributed to Canadian society, as well as abroad, include:

To learn more about contemporary Tamil culture in Canada and abroad, visit TamilCulture.com

January is an important month for the Tamil community. Thai Pongal, the Tamil harvest festival, takes place between January 14 and 17 this year.

During this the four-day festival, family and friends gather to give thanks for the year’s bountiful harvest. Notably, they share Pongal, a traditional dish prepared from the new harvest of rice boiled in milk with raw sugar.

We encourage co-operative housing members, and our partners and friends, to take time this month learn more about the vibrant history and culture of Tamil Canadians and reflect on the many contributions they have made in our province.

We at CHF BC wish everyone a joyous month of celebration, and all the best in 2023!