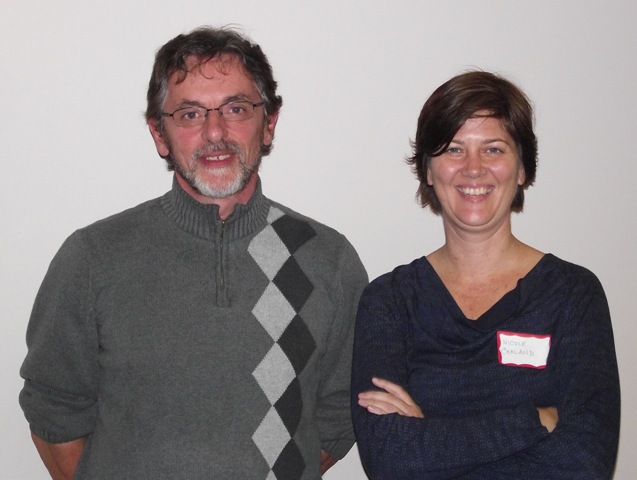 Congratulations to Nicole Chaland (Roofs and Roots Housing Co-op) who was elected as one of two Vancouver Island Directors on the CHF BC board at the Council meeting held on October 12.CHF BC director Larry LeSage reported on the federation’s current priorities and a common strategy being pursued together with other federations across the country.  Our common strategic priorities include: addressing the loss of subsidy in co-ops coming to the end of their operating agreements, doing a better job of advising our members on sustainability and energy efficiency, and developing a capacity for refinancing our co-op homes.  Delegates were pleased to meet Arnold Sang, CHF BC’s new commercial services director and Deanna Ferguson, CHF BC’s new Program Assistant.  Guest speak Beth Couglar Blom talked about the work of Volunteer Victoria.  Delegates were especially interested to hear about the emerging leaders program.  Beth went on to describe Volunteer Victoria’s innovative approach to valuing and managing volunteers.  This approach recognizes that people volunteer differently based on their age, life situation and time.  It asks volunteers what they need and want and is based on the idea that the motivation for volunteering can include building job and life skills, socializing, or simply helping others.  The next Vancouver Island Council meeting will be held in February 2012 (date to be determined).  Plan to join us then to celebrate the 10th anniversary of the Vancouver Island Council.Photos: Mitch Mackin (Waterside Co-op and Chairperson VI Council) and Nicole Chaland (Roofs and Roots Co-op and newly elected VI Director)Glenda Wheeler (Cameo Co-op) wins door prize; here with Nicole Chaland (Roofs and Roots Co-op and newly elected VI Director) and Mitch Mackin (Waterside Co-op and Chairperson VI Council)