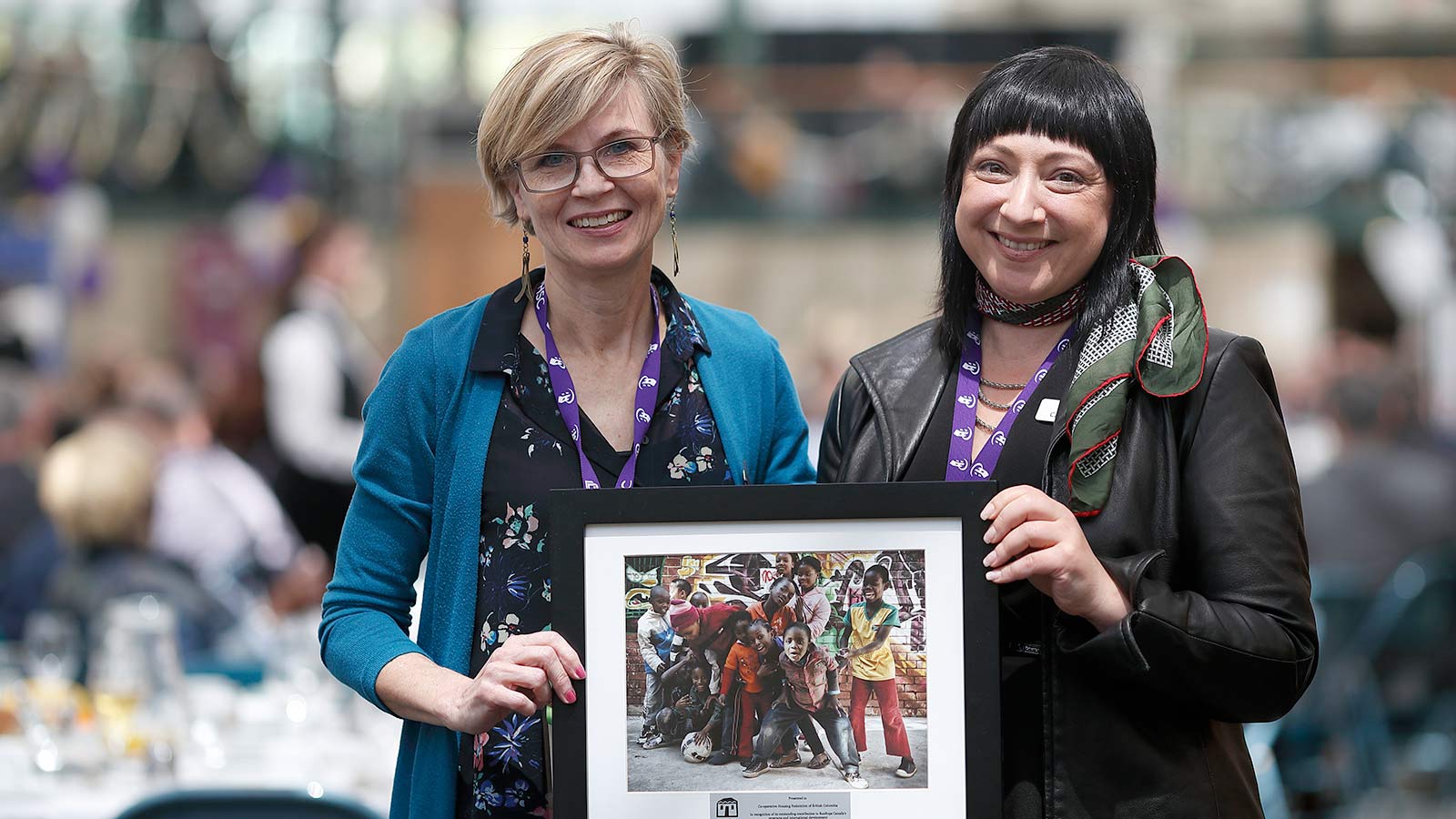 Honours for CHF BC and David Lach

CHF BC has been pleased to serve the co-op sector for more than 35 years, and we were thrilled to receive multiple awards at the CHF Canada AGM in Victoria that recognized our efforts!

At the National Business Meeting lunch on June 8, Rooftops Canada’s President, Scott Jackson, presented the 2018 International Service Award to CHF BC for its hosting of the Rooftops delegation from South Africa in November 2017, during which they met with co-op housing organizations, toured housing projects and attended the 2017 Housing Central Conference.

CHF Canada also honoured CHF BC with the Award for Outstanding Contribution to Co-operative Housing, recognizing the important work of the Community Land Trust as it breaks new ground in growing the co-operative housing sector.

Finally, CHF Canada gave the Honorary Lifetime Associate award to David Lach, an early president of CHF BC and a staunch co-op advocate for nearly 40 years.

Congratulations to the recipients!