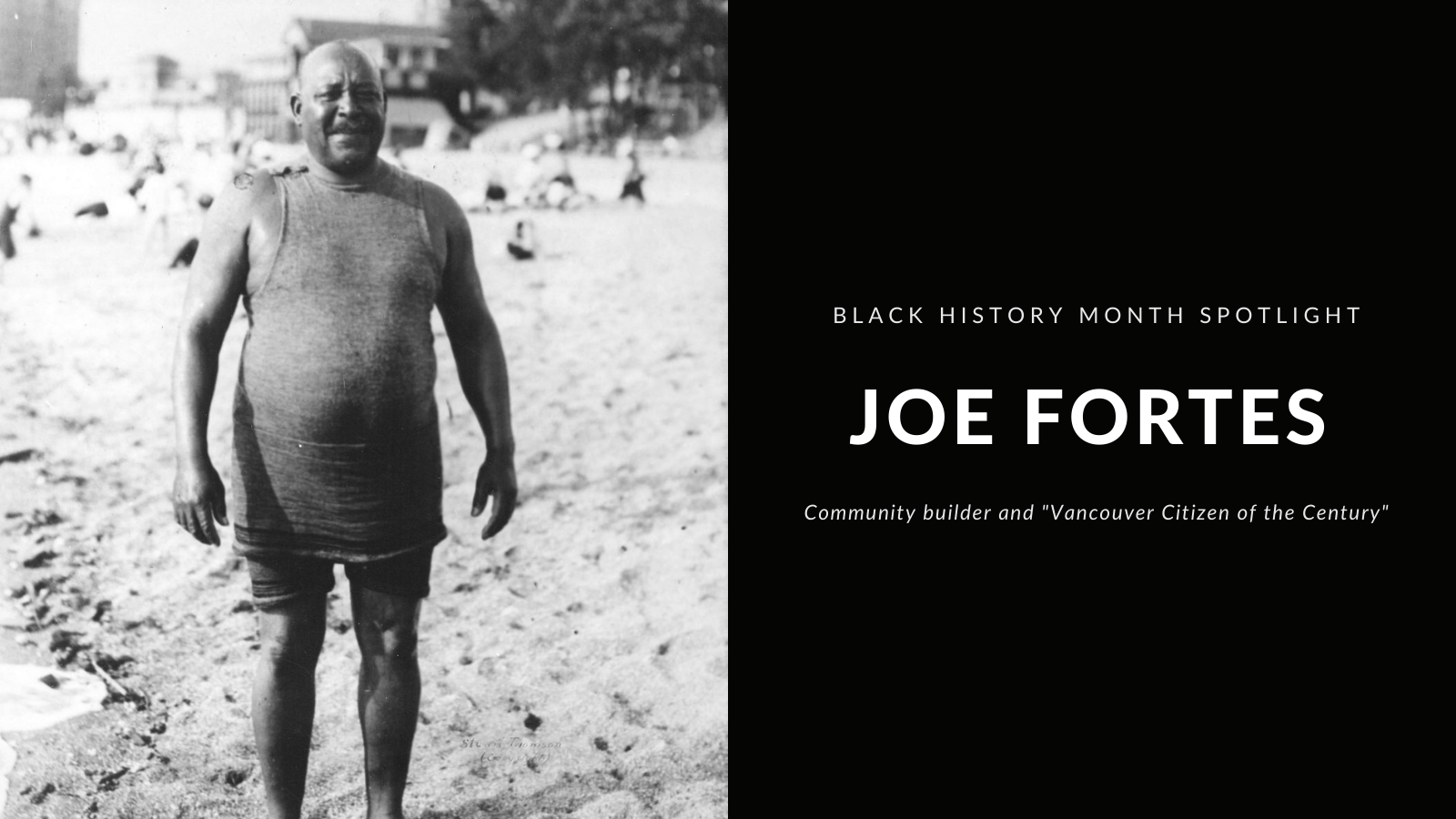 The City of Vancouver just wouldn’t be the same without Joe Fortes (the man, not the restaurant). His legendary presence on the shores of English Bay earned him a permanent spot in the city’s heart and soul, and his ability to shatter the stereotypes about Black people more than a hundred years ago continues to teach us all about the need to combat racism every single day.

You may have heard his name in reference to a restaurant on Robson Street, a public library branch, and a memorial fountain, but do you know the impact of local legend Joe Fortes?

Born in the West Indies in 1863, Joe Fortes came to Vancouver after surviving a shipwreck. After his arrival here on Canada’s west coast, Fortes set up his home in a tent on the beach and became Vancouver’s first self-appointed, though unpaid, lifeguard. Through his role as a lifeguard and swimming instructor, Fortes challenged the stereotypical assumptions about Black people and achieved a degree of acceptance in a predominantly white society.

In 1900, Joe became an official employee of the City of Vancouver and received a monthly salary. Five year later, Joe’s temporary tent near the beach was replaced with a new house at 1708 Beach Avenue, allowing him to devote his full attention to doing what he loved. He would go on to save at least 29 lives from drowning, including adults and children, while teaching three generations of Vancouver children to swim.

It’s no surprise that after his death in 1922, the citizens of Vancouver raised $5,000 to erect a water fountain in his honour. The monument, designed by local sculptor Charles Marega, was dedicated in 1927. Located in Alexandra Park near the beach he once patrolled, it is simply inscribed “Little children loved him.” And beloved he was – by both young and old.