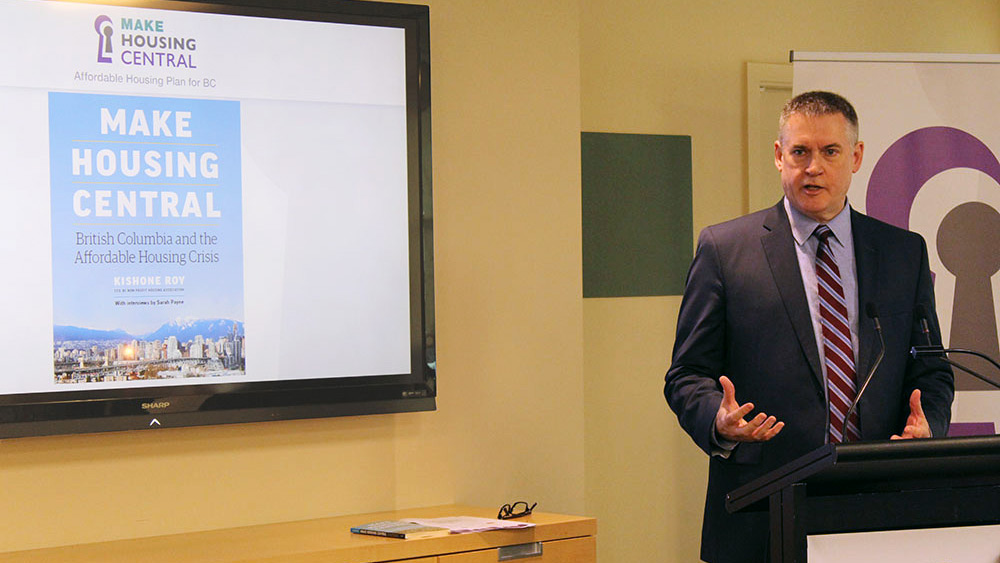 On Monday, April 10, Housing Central and the BC Rental Housing Coalition released An Affordable Housing Plan for BC, a ten-year plan to improve housing conditions in communities across British Columbia. CHF BC is proud to be a founding partner in Housing Central. We are joined in the Coalition by the BC Non-Profit Housing Association, LandLord BC, Vancity, and other organizations making up the community housing sector in the province. The Plan proposes a series of specific and costed measures that can be implemented immediately to increase housing supply, close the affordability gap, and address chronic homelessness in BC.It also highlights the need for innovation and partnership among the community housing sector, all levels of government, and the private sector to tackle the challenge of affordable, sustainable housing.“ The Affordable Housing Plan represents a real opportunity to fix our housing crisis and ensure that individuals and families of all incomes and backgrounds have a chance to share in BC’s prosperity,” says CHF BC’s Executive Director, Thom Armstrong. “The partnerships now being formed in the community housing sector will be critical to the success of the Plan over the next decade and beyond.” Get all the plan details here and watch a live-stream of the plan announcement on our Facebook page. Housing Central is also working together on a provincial election campaign to “make housing central”. Get details about the campaign at housingcentral.ca.