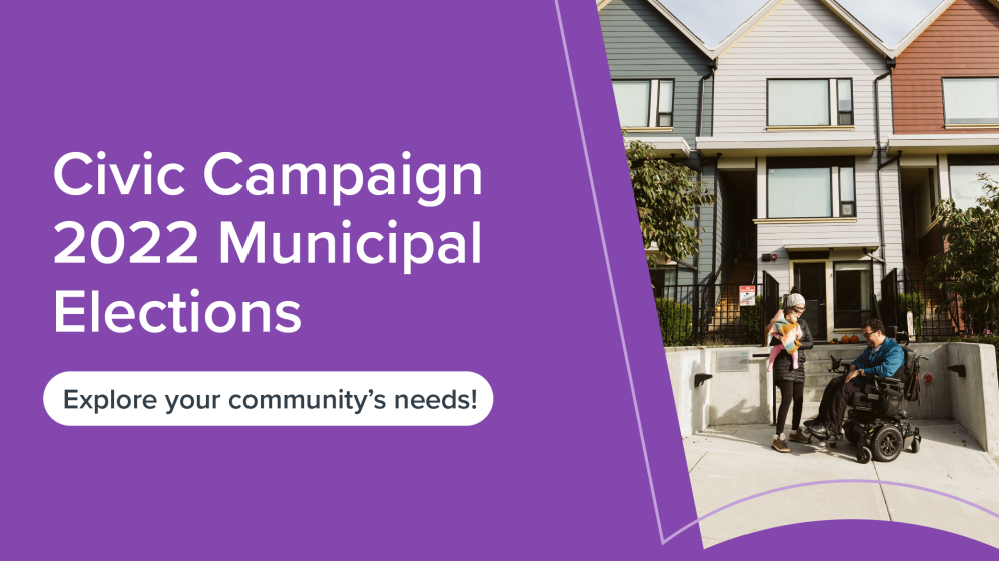 A first of its kind portal provides information on current housing and priority future needs for BC municipalities as local government candidates pledge to protect and build more affordable homes.

With municipal elections just over a month away, Make Housing Central, a partnership between the BC Non-Profit Housing Association, Co-op Housing Federation of BC, and the Aboriginal Housing Management Association, has launched a new online public portal providing critical housing needs information for every community across the province. This marks the first time that municipal candidates and voters have been able to easily access such critical data on a community-by-community level.

This comes as more and more would-be Mayors and Councillors sign onto the Make Housing Central Campaign Pledge, committing to address crucial affordable housing needs including streamlining and protecting the supply of needed non- profit, Indigenous, and co-op housing in their communities by reducing red tape and prioritizing land use decisions.

“Local governments are in a position to effect real change in addressing the housing crisis by shaping local land use, reducing delays, and driving zoning decisions that can boost housing starts for the kind of homes most desperately needed.

Our campaign not only provides municipal candidates with clear data on the specific needs in their communities but also a chance for them to send a clear signal to voters by publicly pledging to be part of the solution in taking substantive steps to address these needs.”

The Make Housing Central online portal uses data from Statistics Canada and CMHC to provide an easily searchable, community-specific snapshot of household and demographic information, the percentage of homeowners versus renters, as well as affordability indicators, and units delivered by intended market. It also pairs that information with specific housing needs assessments done by every municipality in BC providing a clear, detailed assessment of a community’s housing needs versus what is actually being built.

“Municipal leaders shape the future of communities and housing options that will be available decades into the future, but they can also take action in the short term to address urgent needs.

Our campaign and this database demonstrate that while the challenges are clear, there are also solutions at hand, and October’s municipal elections are an opportunity for British Columbians to elect local candidates that commit to specific and actionable change on this critical issue.”

Jill Atkey, CEO of the BC Non-Profit Housing Association.

The Make Housing Central database and candidate pledge follows a survey conducted in June by Research Co. indicating that housing, homelessness, and poverty are far and away the dominant issues for British Columbians regardless of where in the province they live, their age, or gender.

In fact, 39 per cent of respondents clearly indicated this as a priority area as they cast their civic election ballots, more than double the second ranked issue. Further to this, 77 per cent of British Columbians support streamlining municipal permitting and rezoning processes to fast-track development of rental housing, with a specific focus on affordable rental housing.

Included in the database is information on Indigenous-led households and specific community-by-community needs assessment for Indigenous British Columbians where available. However, despite commitments to reconciliation, only four BC municipalities (Fort St. John, Kamloops Powell River, and Surrey) have undertaken detailed planning in this area.

“Indigenous housing plays a critical role in strengthening our communities, supporting individuals and families, and tackling the housing affordability crisis for all British Columbians.

Municipal candidates need to better understand the situation on the ground today for Indigenous families and commit to doing much better as a key aspect of advancing reconciliation.”

Co-op Housing Federation of BC, BC Non-Profit Housing Association, and the Aboriginal Housing Management Association urge all voters to inform themselves of the housing needs in their community and to ensure those candidates seeking their vote in October are committed to addressing this critical issue.

The organizations are also urging those candidates who have not yet signed the Make Housing Central pledge to do so and commit to making a real difference for their municipality and all British Columbians.

The mission of the Make Housing Central partners – BC Non-Profit Housing Association (BCNPHA), the Aboriginal Housing Management Association and the Co-operative Housing Federation of BC (CHF BC) – is to strengthen and grow the community housing sector so all British Columbians have a safe, secure home they can afford.

Our work takes place throughout the ancestral lands and the many unceded territories of 198 distinct First Nations in British Columbia.