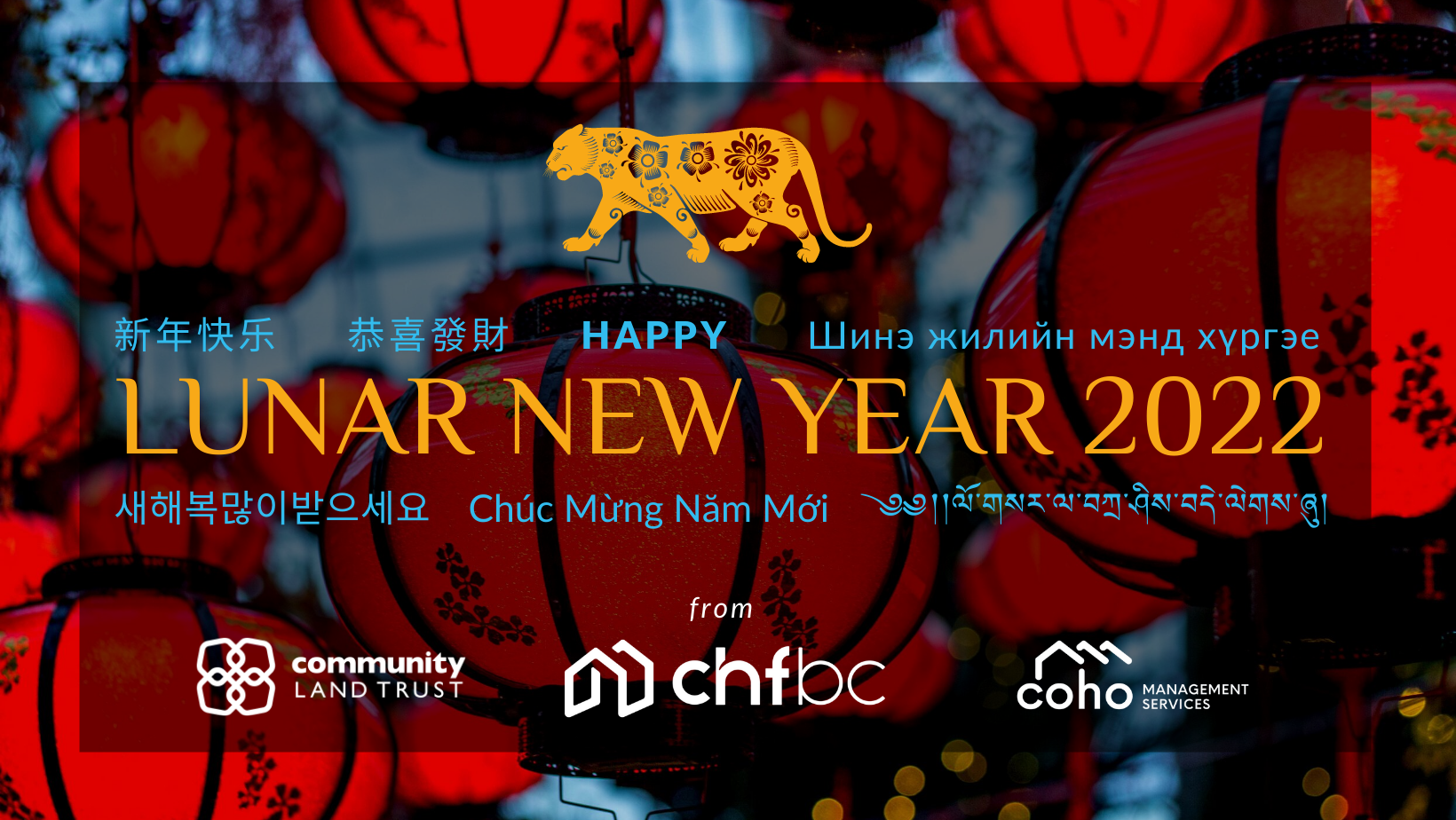 As the new moon appears in the sky tonight, the Lunar New Year begins welcoming the Year of the Tiger.

During this time, windows and doors of homes and offices are often decorated with red color paper-cuts and couplets with popular themes of “good fortune” or “happiness,” “wealth,” and “longevity.”

It is also a time when families come together, share a meal, exchange gifts and continue traditions that have been passed down for generations. Other activities include lighting firecrackers and giving money in red paper envelopes.

Although many Western nations refer to the Lunar New Year/Spring Festival holiday as Chinese New Year, it’s celebrated not just in Chinese communities but in other Asian cultures, including Vietnamese, Korean, Tibetan, and Mongolian. It is one of the most important celebrations of the year for many British Columbians, include housing co-op members.

CHF BC believes that celebrating diversity, be it gender, ability, ethnicity, religion, or sexual orientation, helps to create a vibrant community in which all individuals live in mutual respect and peace. Our members are homes to a multitude of cultures and languages from around the world, including large and diverse Asian-Canadian community.

Year of the Tiger

This will be the Year of the Tiger, according to the Chinese zodiac, with the year lasting from February 1, 2022 until January 21, 2023. The Tiger is known as the king of all beasts in China. The zodiac sign Tiger is a symbol of strength, exorcising evils, and braveness.

The Tiger ranks the third among the animals of the Chinese zodiac. The 12 zodiac animals are, in order: Rat, Ox, Tiger, Rabbit, Dragon, Snake, Horse, Goat, Monkey, Rooster, Dog, and Pig. Each year is related to an animal sign according to a 12-year-cycle.