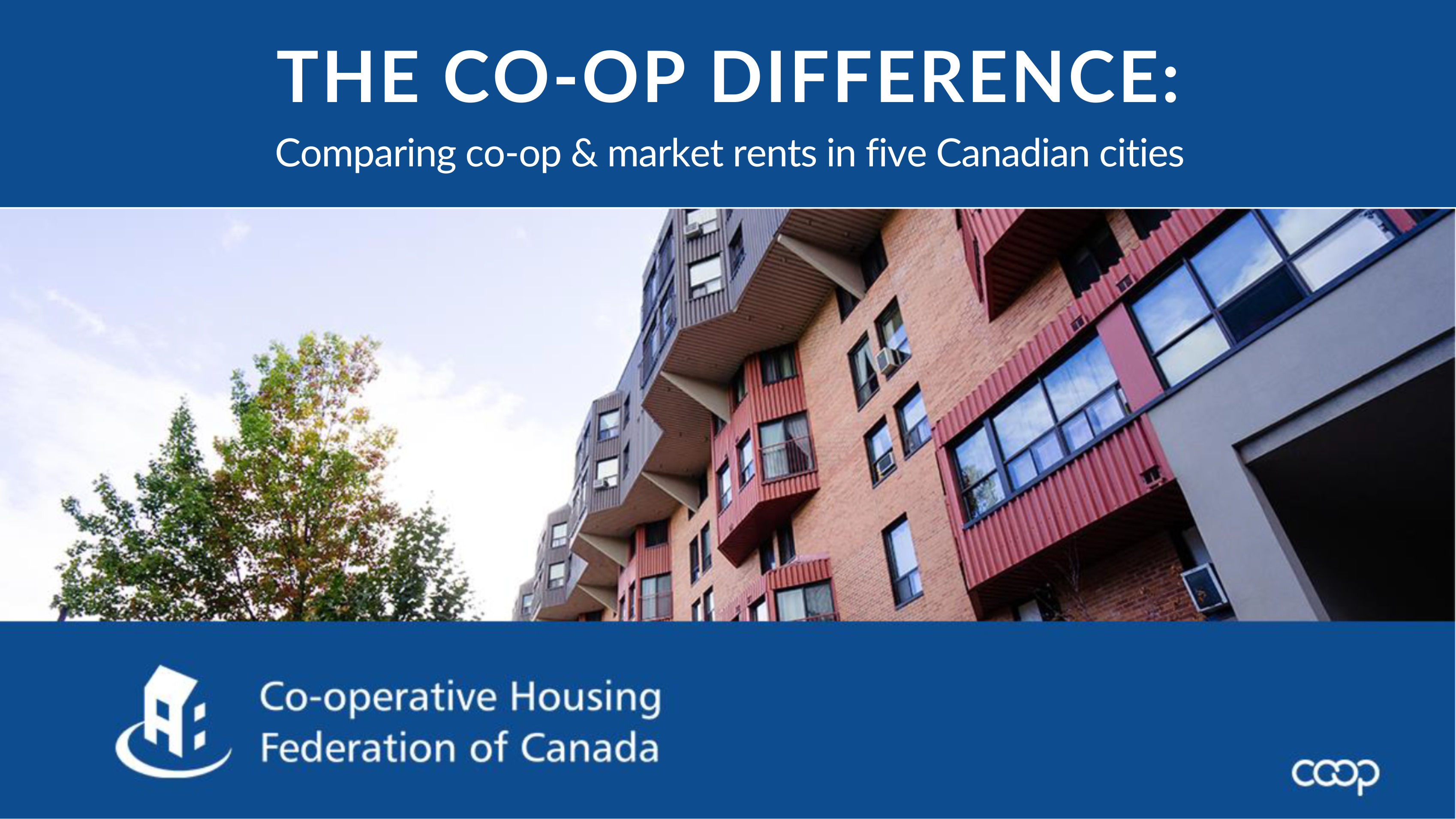 Today, a new report comparing housing charges (rents) in co-op housing with rents in similar private market rental buildings was released. It looked at Vancouver, Victoria, Edmonton, Toronto and Ottawa between 2006 and 2021.

The Co-op Difference: Comparing co-op and market rents in five Canadian cities shows that rent trends in non-profit co-op housing differs dramatically from that of the private rental sector, where rents have increased nationally by 11 percent in the last year alone.

The report found that housing charges (rents) in co-ops have been consistently lower than rents in comparable buildings in the private market, and that the gap has widened over time. While in the early years, the co-op housing costs were, on average, $150-$200 less per month than similar market rental buildings, this gap widened to upwards of $400 to $500 per month in the later years in all cities, except Edmonton.

“Of course, co-ops benefitted from public investment which supported their construction and operation in their early years. But the long-term payoff of that investment is clear. We now have permanently affordable co-ops across the country that enable people to put healthy food on the table and save for their children’s education, along with living securely.”

“Because individuals and families living in co-ops tend to have lower than average incomes, the affordability of co-op homes has an outsized impact,”

Thom Armstrong, Chief Executive Officer of the Co-operative Housing Federation of BC

“Not only does the mixed-income model of co-op housing create inclusive, supportive communities, it makes financial sense,” added Jovette Fournier, Executive Director of the Co-operative Housing Association of Eastern Ontario.

And there was no trade-off in the condition of the co-op buildings with their affordable rents. 97% of co-ops in the same administrative area as those studied in the report were rated as being in excellent, good or fair physical condition in 2020.

“Co-operative housing has long been a source of affordable, secure housing in a community setting, but given the inflationary situation all Canadians are facing – along with the insecurity that comes with rapidly rising rents in the private market – the benefits of co-operative housing have never been clearer. Now we just need to build more of it.”