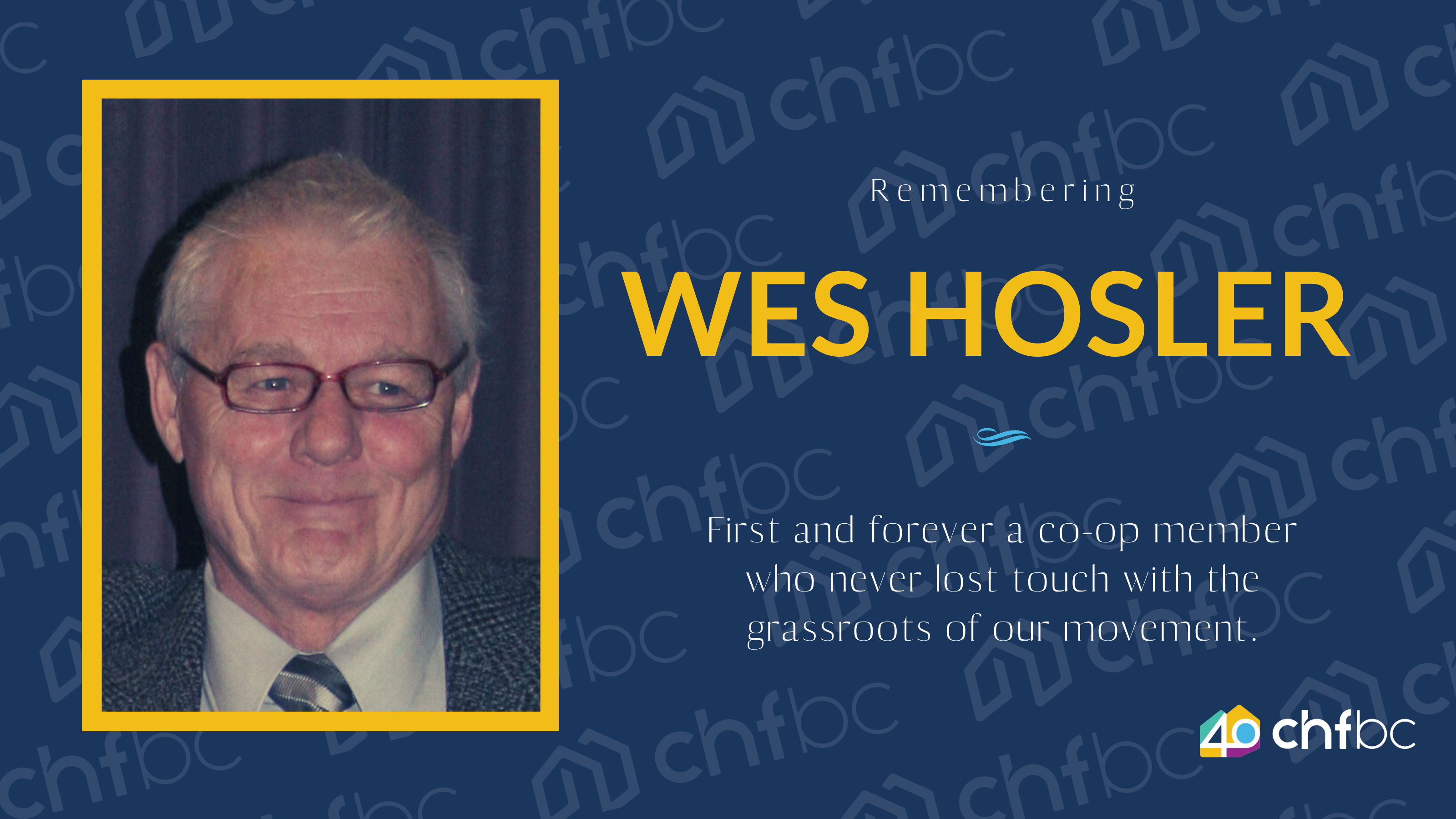 In Memory of Wes Hosler

It is our very sad duty to report that former CHF BC president Wes Hosler passed away on Friday, May 6 at St. Paul’s Hospital in Vancouver.

Wes’s involvement in co-op housing stretched back to 1974 when he was one of the founding members of Carpathia Housing Co-operative in Winnipeg, MB. He lived at Carpathia for decades before relocating to Vancouver in 2002, where he became a member of Lore Krill Housing Co-operative. The members of both co-ops elected him to their boards many times.

His sense of duty and responsibility to the co-op housing sector was evident in everything he did, and he brought a sense of joy to every gathering or event he ever attended. Despite his many years in the highest governance roles our sector offers, Wes was first and forever a co-op member who never lost touch with the grassroots of our movement. Whenever he was faced with a tough choice, Wes would always say “let’s never forget, it’s all about the members” and he meant it.

Wes was around to play a key role in every lobby campaign the co-op housing sector ever launched. Whether they knew him or not, our members still benefit from his perseverance, commitment to co-op principles, and unique combination of idealism and pragmatism.

He was a registered nurse by profession, a nurse educator, and retired from nursing in 2004. Wes became a CHF BC Education Program consultant in 2003 and has facilitated workshops on a range of topics.  He also chaired many co-op meetings, where his calm demeanour and clear guidance helped co-op members experience co-op democracy at its best.

Those of us who knew Wes are the richer for it. We acknowledge his passing with respect and gratitude.