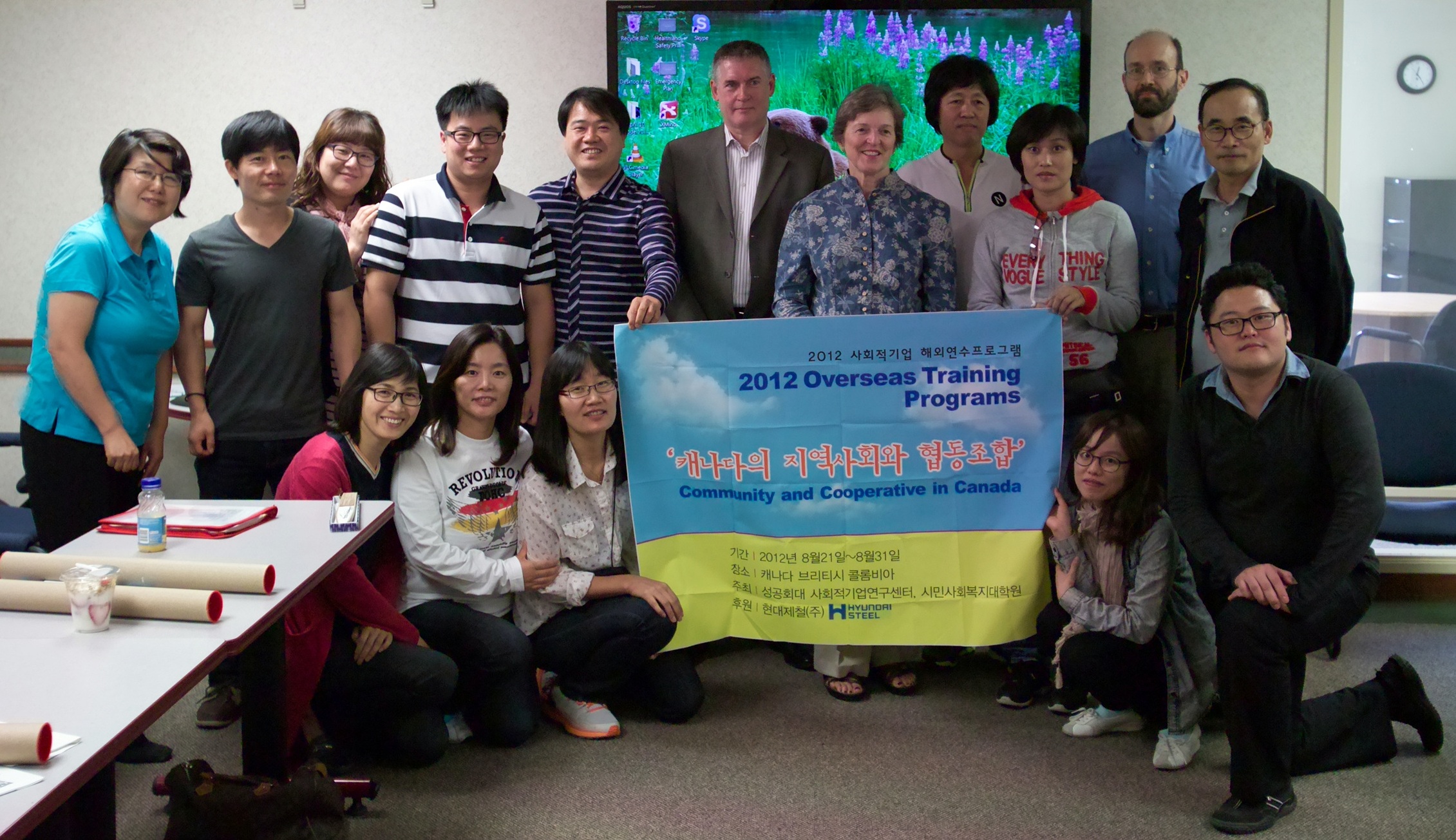 A group of graduate students, researchers, professors and writers from the Social Enterprise Research Institute at SungkongHoe University in South Korea visited CHF BC’s offices this August. They came to learn more about co-operatives and social enterprises in Canada.  The group was particularly interested in co-op housing and the role played by CHF BC in supporting housing co-ops.CHF BC’s executive Thom Armstrong, together with Education Director, Sue Moorhead and Co-op Viability Advisor, Michael Rodgers, gave a presentation and overview of co-operative housing in Canada and the federation’s role in supporting our members. Along with new understanding that they can apply to their own social enterprises and co-operatives in Korea, our visitors took home copies of CHF BC’s Scoop magazine and co-op principles posters.Photo: CHF BC staff with visitors from Korea.