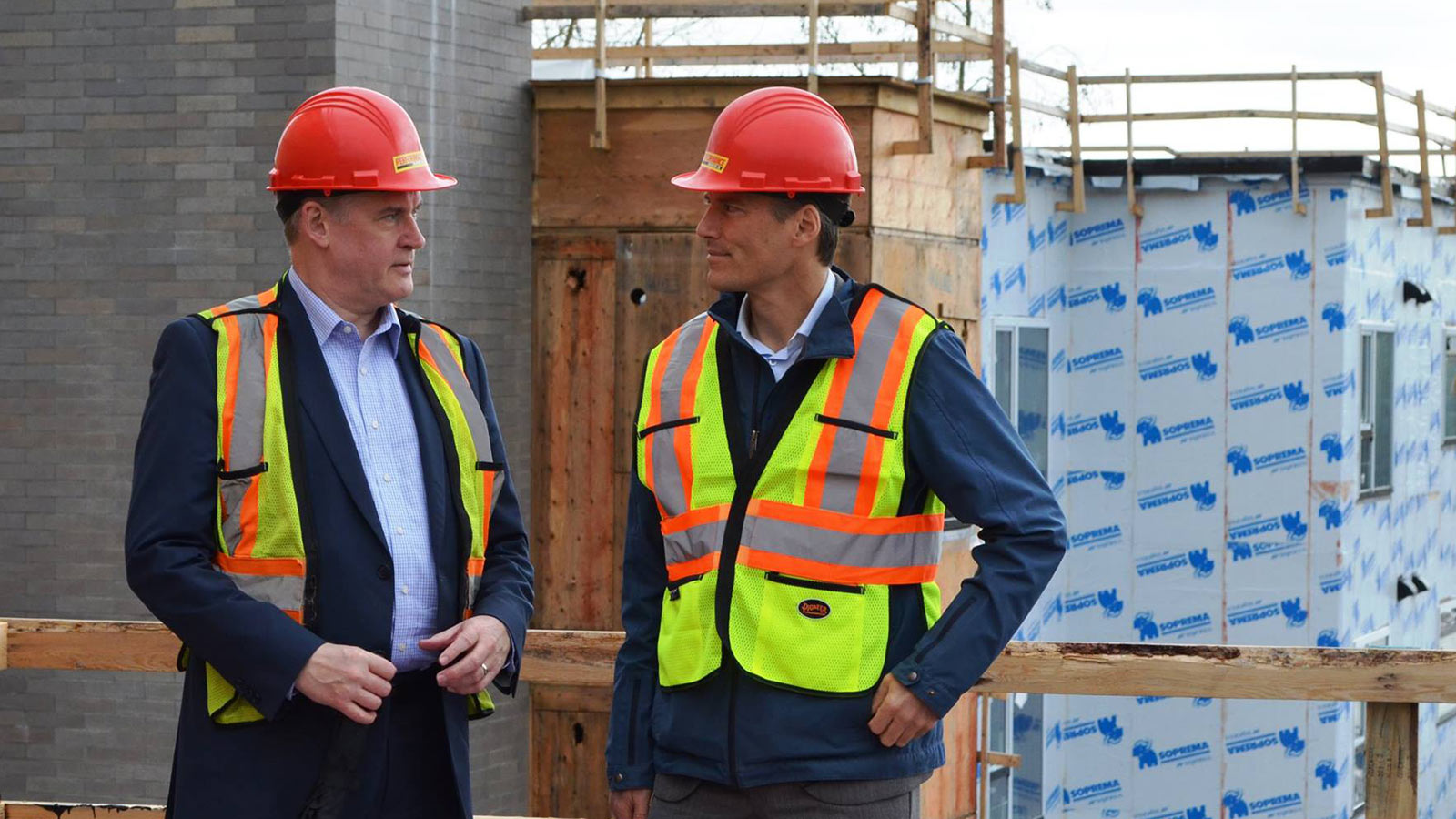 Mayor gets early tour of Fraserview Housing Co-op, a unique community in the making

Last month, Thom Armstrong, Executive Director of the Co-op Housing Federation of BC, joined Vancouver Mayor Gregor Robertson for a tour of the Fraserview Housing Co-op, where we got an early glimpse at this unique community in the making. When it’s completed (in stages later this year and into 2018), members will be moving in to two- and three-bedroom townhouses and apartments, where they can enjoy an expansive view of the Fraser River or watch their children play in the shared courtyard space. And they’ll be able to enjoy neighbourhood amenities nearby, like the community centre, shops and trails.

It will be the kind of community where members of all income levels are welcomed to an innovative enclave of affordable housing.“ We have a robust neighbourhood taking shape, one that includes affordable housing, which is so essential now in Vancouver,” said Mayor Robertson after the tour.

“It’s fantastic to see how much housing is being built here in the River District after many years of planning and community engagement.” Fraserview Housing Co-op’s 278 affordable housing units are part of the 358 units across four sites being developed by the Vancouver Community Land Trust Foundation, a partnership between the Co-op Housing Federation of BC, the provincial and federal governments, BC Housing and other non-profits.

The sites include a 90-unit development on East Kent Avenue with three-bedroom townhouses and two- and three-bedroom apartments geared to families, and the remainder in two towers on SE Marine Drive for moderate- to low-income families and singles. Robertson praised the work of all the organizations involved in getting the project off the ground.“ Community partnerships are essential for the city to get affordable housing built,” he said. “We couldn’t do it without the many community partners that deliver affordable housing.” For more information about the Community Land Trust and the Fraserview Housing Co-op, visit www.chf.bc.ca.