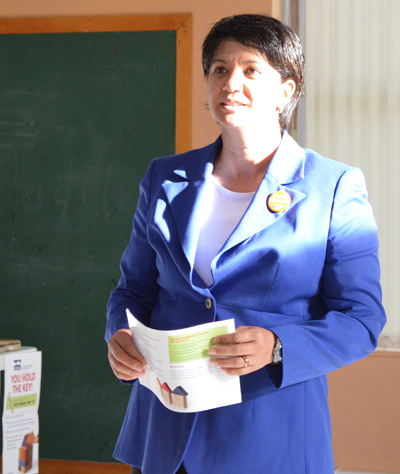 In the final push of our election campaign, co-ops opened their doors to election candidates to make their voices heard.  H.W. Flesher played host to NDP representative Mable Elmore (standing in for Adrian Dix and herself a candidate in Vancouver-Kensington) on Friday night. The tour of the co-op’s gardens and other highlights was open to all the candidates running in the riding of Vancouver Kingsway.        Waterside Co-op in Saanich-South had their turn on Saturday. The event saw two more CHF BC “You Hold the Key” campaign supporters pinned. To get the full election perspective on both events  – and more – see our election blog. Still to come: the Member Forum tonight, Monday, May 13, will feature a review of our election campaign and activities of our shadow candidates. Tomorrow, it’s Election Day: don’t forget to vote!Photos: Above left: H.W. Flesher group poses with key; above right: Waterside group, with Josh Galbraith, BC Conservative candidate Saanich-South, holding key; below, Mabel Elmore, NDP candidate Vancouver-Kensington, speaks to members at H.W. Flesher Co-op.