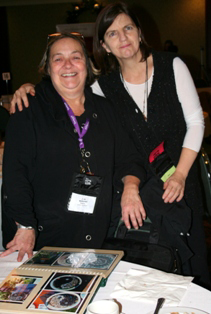 If you missed CHF BC’s AGM on December 1, or just want a quick refresher, here’s a look at some of the exciting updates from the meeting:We watched a video update from CHF BC scholarship recipient Arielle Yip. The CHF BC Scholarship Fund launched last year and we awarded two scholarships at our Semi-Annual General Meeting in May. Check back for information in the New Year about the next round of scholarship awards.CHF BC reduced its carbon footprint again this year, down to 24.25 (metric) tonnes of carbon emissions. This is less than half the size of our carbon footprint in 2007-08, the first year of our campaign to reduce our impact on the environment. Next year, we expect our move to new offices to produce even better results, as we’ll be closer to major transit corridors and working in a more efficient building. CHF BC continues to be the first carbon neutral federation of housing co-ops in the country.In a retrospective of 2012 as the International Year of Co-operatives (IYC), we learned more about our IYC legacy project to invest money in international microfinance for housing with Rooftops Canada and WAT – Human Settlements Trust in Tanzania, a group that provides local microfinancing for housing, and with OIKO Credit. Delegates also saw photos from IYC “Co-op Clusters” around the region and reviewed our IYC featured Co-ops of the Month. Congratulations to Ford Road Co-op in Pitt Meadows, our Co-op of the Month for December. In the afternoon, delegates and guests received a report from the auditor and a review of our audited financial statements. Everyone was pleased to hear of another clean audit and the Federation’s eleventh consecutive operating surplus.The afternoon also featured a lively election forum for eight board candidates and thoughtful discussion on three resolutions.Some lucky members and guests won door prizes from sponsoring organizations.Photos:Jane MacDermot (director and member of Van East) and Flora Purcell (Quebec Manor), together with Jane’s album of photographs from her co-op’s celebrations in 2012.One group of door prize-winners (and prize-givers) at the AGM on December 1.