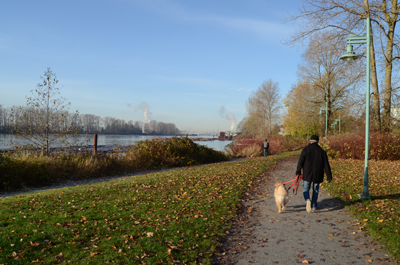 A partnership of co-op and non-profit organizations led by CHF BC is bringing four sites owned by the City of Vancouver under one roof to build new affordable housing. If approved by Vancouver City Council on May 15, the partnership’s proposal will create 355 affordable homes for families, seniors and people with a mental illness. The newly incorporated Fraserview Housing Co-operative will operate 161 homes as part of the development. The Community Housing Land Trust Foundation (the Land Trust) is CHF BC’s charitable arm. The Land Trust, which has held land for affordable housing since 1993, will coordinate the non-profit and co-op partners who will build and operate housing on the four properties. The City of Vancouver is leasing the four sites to the Land Trust for 99 years at a nominal rent.“This is a unique opportunity and we are excited to be partnering with the City of Vancouver and such reputable non-profit housing providers,” said CHF BC executive director Thom Armstrong. “Our members have consistently supported the development of new housing co-ops, and we are proud to be taking this step on their behalf.”If approved by Council next week, the new development will start construction next spring, with 355 new and desperately needed affordable homes coming onto the market later in 2015. You can get more details about the project in our press release and backgrounder and the City’s report to council regarding the proposal.Land Trust housing development media coverage to date: CBC Radio: Early Edition civic panel, May 14, 2013: 1:51:06 to 1:54:20Non-profits to tackle low-cost housing in Vancouver – Globe and Mail, May 9, 2013Proposed deal would allow for almost 300 below-market rental units in Vancouver – Vancouver Sun, May 9, 2013