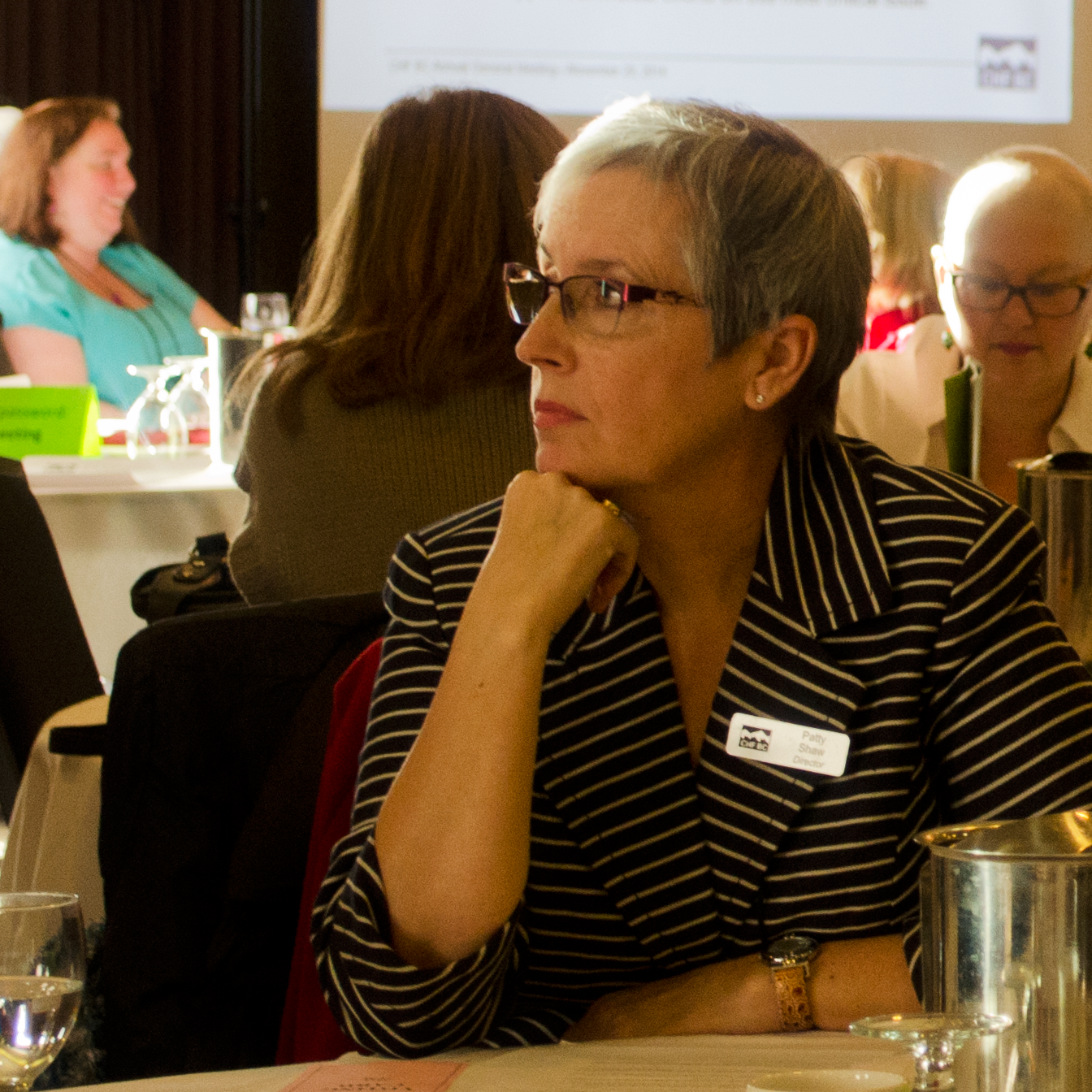 New directors and executive at CHF BC

At CHF BC’s AGM on November 29, delegates elected four new directors to the board. Here’s a little about our new directors and our new executive.Patty Shaw, PresidentPatty Shaw is continuing as an Island director on the CHF BC board. Patty has lived in Kailasa Housing Co-op in Victoria for the past 23 years. She joined the co-op as a single parent and says “having secure, affordable housing and a healthy community to raise my children allowed me to move forward with my life and achieve my career goals.” She was able to obtain a Masters degree in intercultural and international professional communication and now works in post-secondary education marketing and communications. Patty has served on her co-op’s board including a term as president. Since joining the CHF BC board she has played strong roles as a “shadow candidate” and “co-op champion” for the You Hold the Key Campaign. Amanda Skillin, Vice-PresidentAmanda Skillin is a long-time member of Delta Green Co-op in Richmond and continues on the board in her new role as Vice President. Amanda is passionate about affordable housing and is currently training in the field of social services. She loves to travel and has been an active “co-op champion” in the You Hold the Key Campaign.Larisa Grodetsky, TreasurerLarisa Grodetsky is newly elected to the CHF BC board and to the position of Treasurer. She is a member of Granville Gardens Housing Co-op in Richmond, where she grew up and now lives with her husband. She has served on her co-op’s board, finance and maintenance committees; and this year she attended CHF Canada’s AGM in Ottawa as her co-op’s delegate. She is a former professional tennis player and has transferred her competitive nature from the tennis court into the business world where she serves as Chief Operations Officer of ARK Manufacturing Inc.Lorien Quattrochi, SecretaryLorien Quattrochi is new to the CHF BC board and to the position of Secretary. She grew up in co-operative housing and she found it natural to look for a housing co-op to raise her family. She is now a member of Paloma Housing Co-op and has spent most of her five years there on the board, often as chair, or on the building envelope committee.Lorien has worked in the insurance industry for 20 years and has an appreciation for risk management, negotiation, and relationship building. She is particularly interested in community, the life cycle of growing up and aging in place in co-ops and the development of new co-operatives.Cassia KantrowCassia Kantrow is new to the CHF BC board. She describes herself as having been a “co-op kid” with a deeply involved co-op family.  As a parent she values the community and inclusiveness of her co-op community.  She has lived in three Vancouver housing co-ops: Grandview, Aaron Webster and currently Trout Lake .Cassia credits co-op subsidy for her professional success – as a single parent she could not have taken the time to complete her education without that support. She is now a Certified Management Accountant and partner at Pace Accounting Inc., where she works with a variety of not-for-profit organizations, including housing co-ops.Erin GilchristErin is a member of Heritage Housing Co-op in Vancouver where she has lived for the past 13 years with her two sons. She has just completed three terms on her co-op’s board where she was vice-president and then co-president. She continues to serve on her co-op’s gardening and pet committees and is also spearheading a transition committee to help the co-op through the end of its federal operating agreement. Erin recently led her co-op’s rules committee as they updated to Model Rules 2.0. She is a trained scientist and works for a plant molecular biology research lab at UBC.Photo: CHF BC President, Patty Shaw.