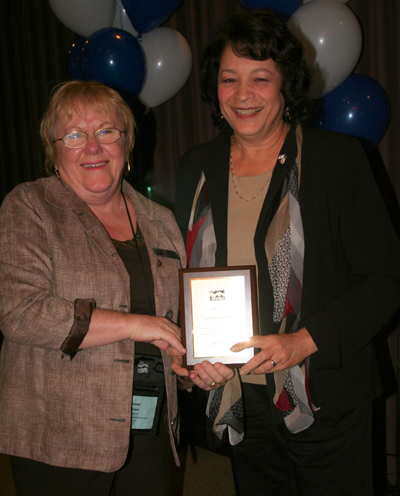 CHF BC members said farewell to three board members at the 2012 AGM on December 1. Marty Norgren completed a two-year term and Larry LeSage completed a one-year term. Both served on the board previously, Marty from 2005-2009 and Larry from 2007-2010. Catherine Porter, CHF BC’s much-loved president for the last three years, stepped down after serving as a director for six years. CHF BC presented plaques to Catherine and Marty at the AGM; Larry will receive his at the next Vancouver Island Council meeting.Photos:Isabel Evans presents Catherine Porter with plaque.Alana Van Dam presents Marty Norgren with plaque.