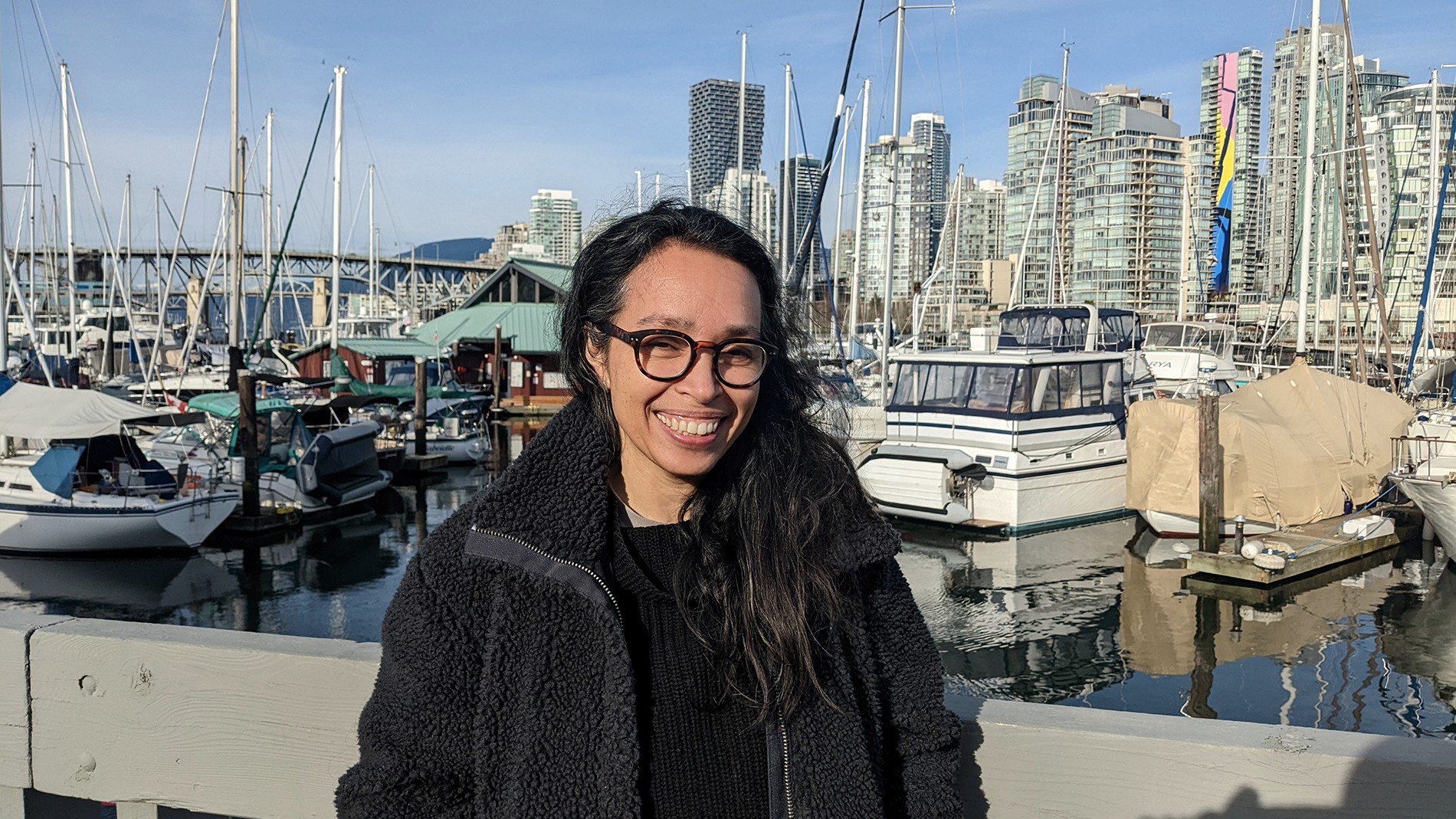 It was 1997 when Maria Roth and her husband, both university students at the time, motored into False Creek South and discovered the joy of living in a co-op community.  For the first time, she said, they could think about moving on to a sailboat—maybe even starting a family.

That they found themselves “in a really cool community, surrounded by likeminded people,” not to mention housing security, was more than they could have hoped for.

Nearly 25 years later Roth is fighting to keep it that way, not only for her family but for the thousands of people who call False Creek South home now, and for those who will live in a renewed and re-imagined neighbourhood many years from now. She joined the False Creek South All-Coops Working Group nearly 10 years ago—at the time it was a way to stay in touch with friends throughout the neighbourhood when they met every two to four weeks—but along the way she discovered the importance of being actively involved in long-range planning for the community.

Roth, an artist and designer, has served on the boards of the three co-ops she and her family have lived in, including Greater Vancouver Floating Home, Creekview, and False Creek. In 2020 she was named co-chair of the Co-op Authorized Working Group—a subcommittee of the False Creek South Neighbourhood Association’s RePlan group, which is working with the City of Vancouver on ways to preserve the community beyond lease expiry.

The last two years have been particularly challenging as RePlan progressed ever closer to the culmination of more than a decade of negotiations with the city on how False Creek South would be transformed over the coming years—at a time when the group of volunteers from co-ops, stratas and non-profit housing societies were unable to meet in person due to the pandemic.

“It’s been the most challenging board I’ve sat on, especially for the last two years trying to make sure everyone is looked after,” Roth said. “It’s been challenging, but also rewarding.”

Thom Armstrong, CEO of the Co-operative Housing Federation, said that sounds just like Roth, whom he described as smart, engaging, and someone who “goes out of her way to include others that might otherwise be overlooked.”

He also credits her work on co-op boards, the Authorized Working Group, and RePlan with ensuring that False Creek South presents a unified voice in the community planning process.

“The co-ops have a concern for the broader community, so they’ve been the glue and the engine that has driven the development of everything that’s happened with RePlan,” Armstrong said. “Maria has become a key organizer and spokesperson because she leads with both intellect and passion, and she wants everybody along for the ride.”

When city council sent staff’s proposal for False Creek South back to the drawing board—and into the hands of the planning department instead of the city’s real estate division—it presented a new opportunity for RePlan to fulfill its mission of evolving the community beyond lease end and diversifying it sustainably.

Roth has no plans of stepping aside, and aims to continue supporting important conversations across False Creek South’s co-ops and with the area’s strata and non-profit housing organizations.

“None of us anticipated it would go on this long,” Roth said with a laugh. “We’re aging in committee, not aging in community.”

Now the focus is on how RePlan can best support the motions council passed in October 2021 in a way that protects existing housing alongside the growth of co-op and non-profit housing as a priority—not an afterthought.

“It demonstrates the importance of using public land in a way that doesn’t leave lower-income households behind,” Roth said, adding that “living here shouldn’t be like winning the lottery—we need more False Creek Souths.”