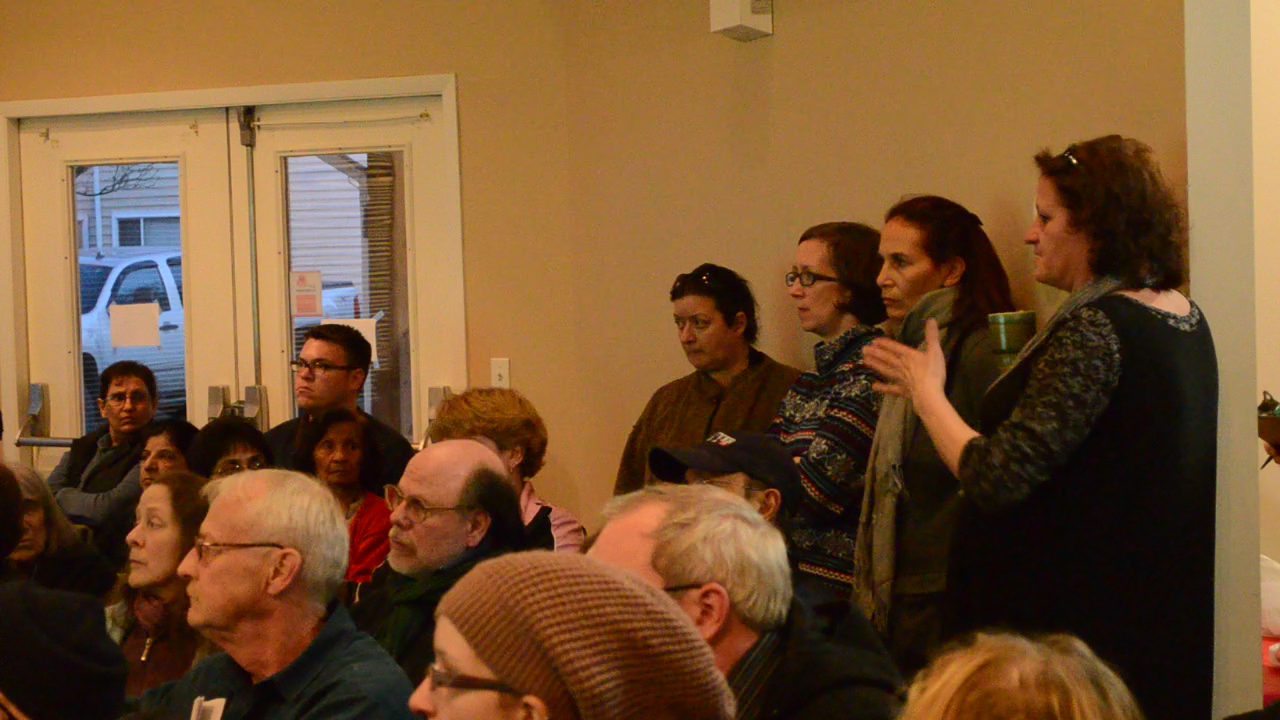 Standing-room only at meeting of Burnaby co-ops

An overflow crowd of nearly 70 people representing 11 Burnaby co-op housing communities met at Halston Hills Co-op in Burnaby on Thursday, March 20, at a You Hold the Key campaign kick-off. They turned out to learn more about the looming affordability crisis and to get involved in the campaign to fix a housing crunch that threatens the most vulnerable members of BC’s co-operative communities.The campaign’s goal is to get the BC government to continue rent supplements for low-income co-op members when their federal assistance ends and focuses on the plight of co-op communities whose members are losing government assistance now and over the next few years.CHF BC Executive Director Thom Armstrong facilitated the meeting.“It’s great to see so many motivated co-op members here – you are the people who are going to make this campaign succeed.”Armstrong outlined the situation for both Burnaby and BC.  He said that by 2020, government assistance will end for 17 of 26 Burnaby housing co-ops, affecting almost 500 low-income households.And for co-ops across the province:Between now and 2017, one quarter of housing co-ops in BC will lose subsidies for low-income members as their federal housing agreements endMore than 1,500 households will face a crisis as their homes become unaffordableBy 2020, this number will climb to 3,000 households“We want the provincial government to fund and deliver a rent supplement program to replace expiring federal subsidies for low-income co-op members,” said Armstrong.“And we want the federal government to reinvest the savings from expiring federal housing agreements to share the costs of funding that program.”Halston Hills Housing Co-op hosted the rally for Burnaby co-ops. CHF BC’s campaign team looks forward to holding similar events in other communities. If your co-op or community of co-ops wants to host the next meeting, get in touch with our campaign team:Don Hauka, Campaign Coordinator at dhauka@chf.bc.ca orFiona Jackson, Communications Director at fjackson@chf.bc.caFind out more about the latest campaign activities in the Campaign blog.Photos:A packed room at Halston Hills Co-op for a meeting of Burnaby housing co-ops.The board of Halston Hills Co-op hold up their “you hold the key” cookies.