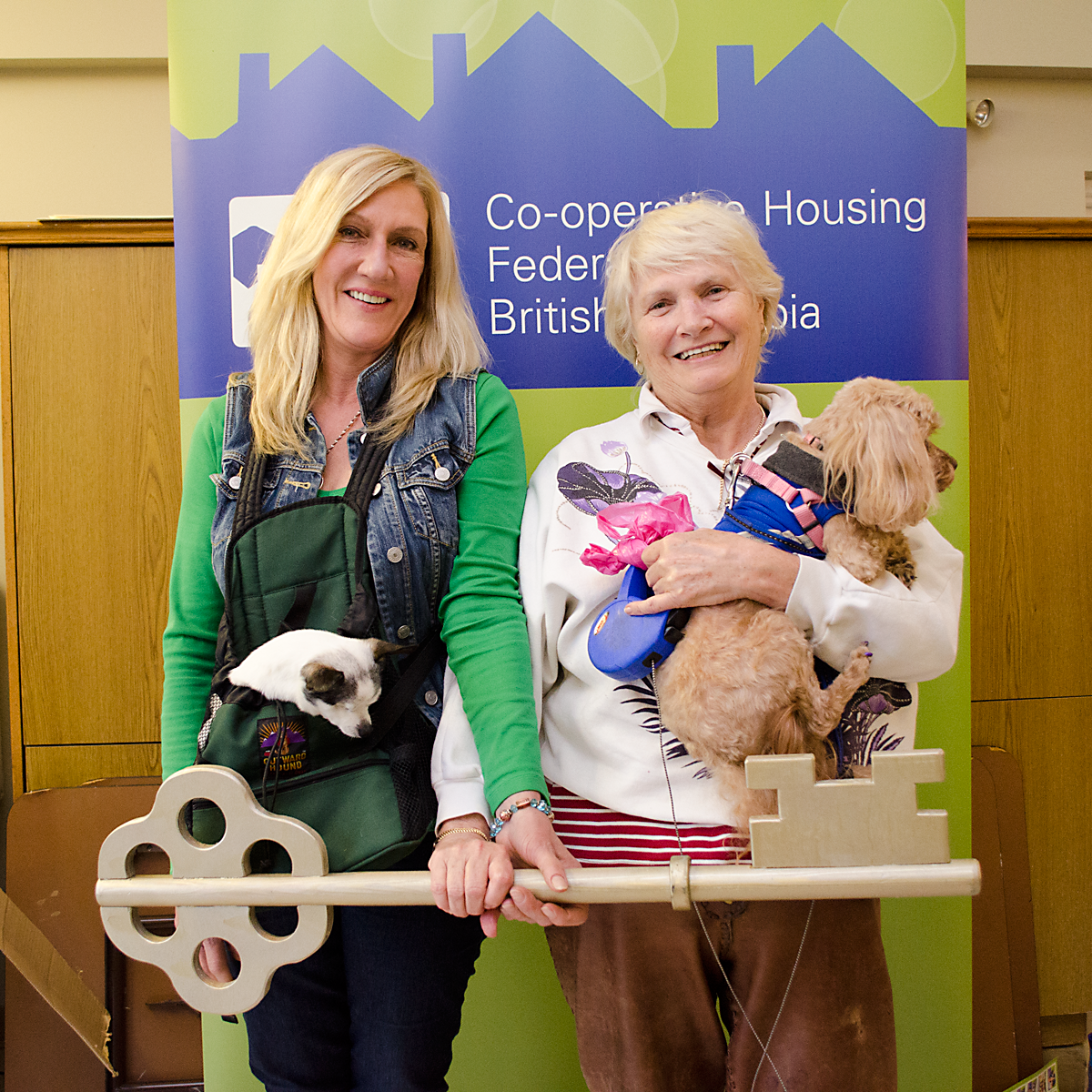 More than 40 members of Tri-Cities co-ops (Port Coquitlam, Coquitlam and Port Moody) filled the common room at Falcon Crest Estates Housing Co-op in Coquitlam on Thursday night, June 19 for a community co-op meeting to learn more about the You Hold the Key Campaign. CHF BC’s You Hold the Key Campaign team briefed co-op members on what’s at stake for co-ops across BC – and across Canada – and most specifically for their low-income members who will lose subsidy with the end of federal operating agreements. In the Tri-Cities, low-income members in 260 households will lose subsidy by 2018. That number will climb to over 300 by 2026. Across BC, nearly 3000 low-income co-op households will be affected by this loss by 2020.In a question-and-answer session, members brainstormed ways for them to get involved and spread the message to elected officials to ensure the province steps up with a rent supplement solution for their most vulnerable co-op members.

Find out what you can do to support the campaign.