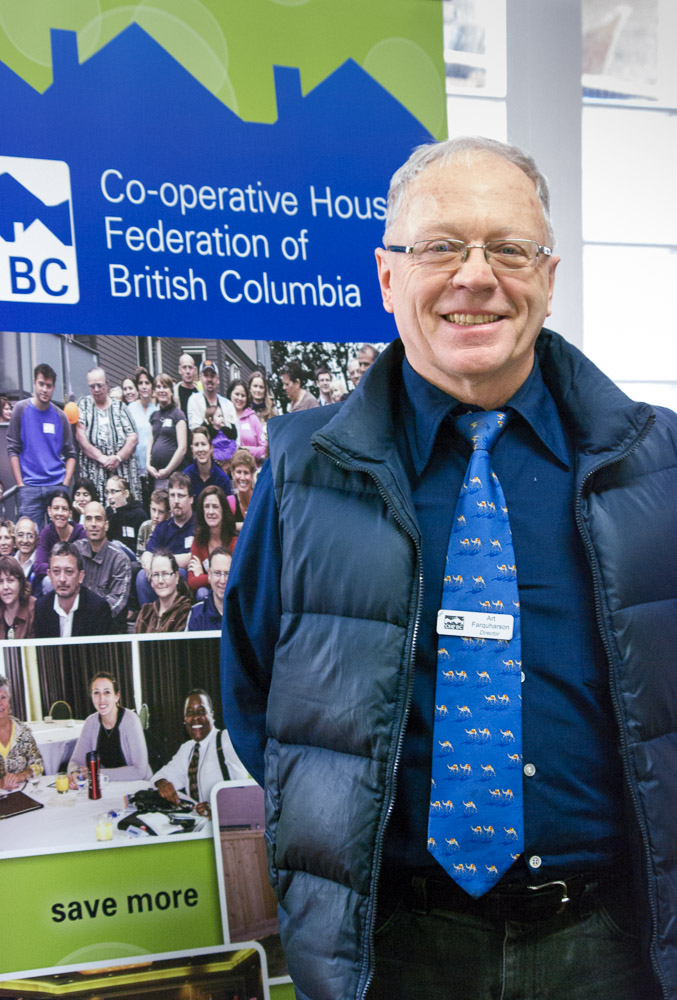 Every year the Victoria Health Co-operative, a Victoria charity which runs a number of programs including the James Bay Health Co-op, invites CHF BC and other local co-ops to come to its Annual General Meeting in February for to set up a display for “Victoria Co-op Day”. This year, Island Director and Seawalk Co-op member, Art Farquharson attended on behalf of CHF BC.

Art says, “What a delight for me!”

“I got a chance to meet a wide range of folks in the co-op sector including the Health Co-op, Burmese Credit Union, Wheels Plus Co-op (which serves visually impaired citizens in their day to day needs), Henderson House (a new equity housing co-op) and the keynote speaker, Chris Tilden of Vancity. CHF BC contributed a gift basket of Purdy’s chocolates for a door prize. Art was a little concerned about giving chocolate as a prize to members of a health co-op. He says he felt “a whole lot better” when his internet research showed many reasonable claims that “dark chocolate could in fact be beneficial to human health AND that Purdys, by their account, is a very responsible purchaser of fair trade chocolate bought from co-operatives.” He also read that Purdys is voted by their employees as one of the top 50 employers in Canada. Bonnie Dale, member of James Bay Housing Co-op helped select the winner of the gift basket. The winnner, Howard Dieno of the Victoria Health Co-op, broke open the basketed and shared the contents. “Everyone was happy with our donation,” Art says.”I think we’ve made many new friends through this one event. I look forward to attending again next year and encourage other co-op members to mark their calendars and come too.”