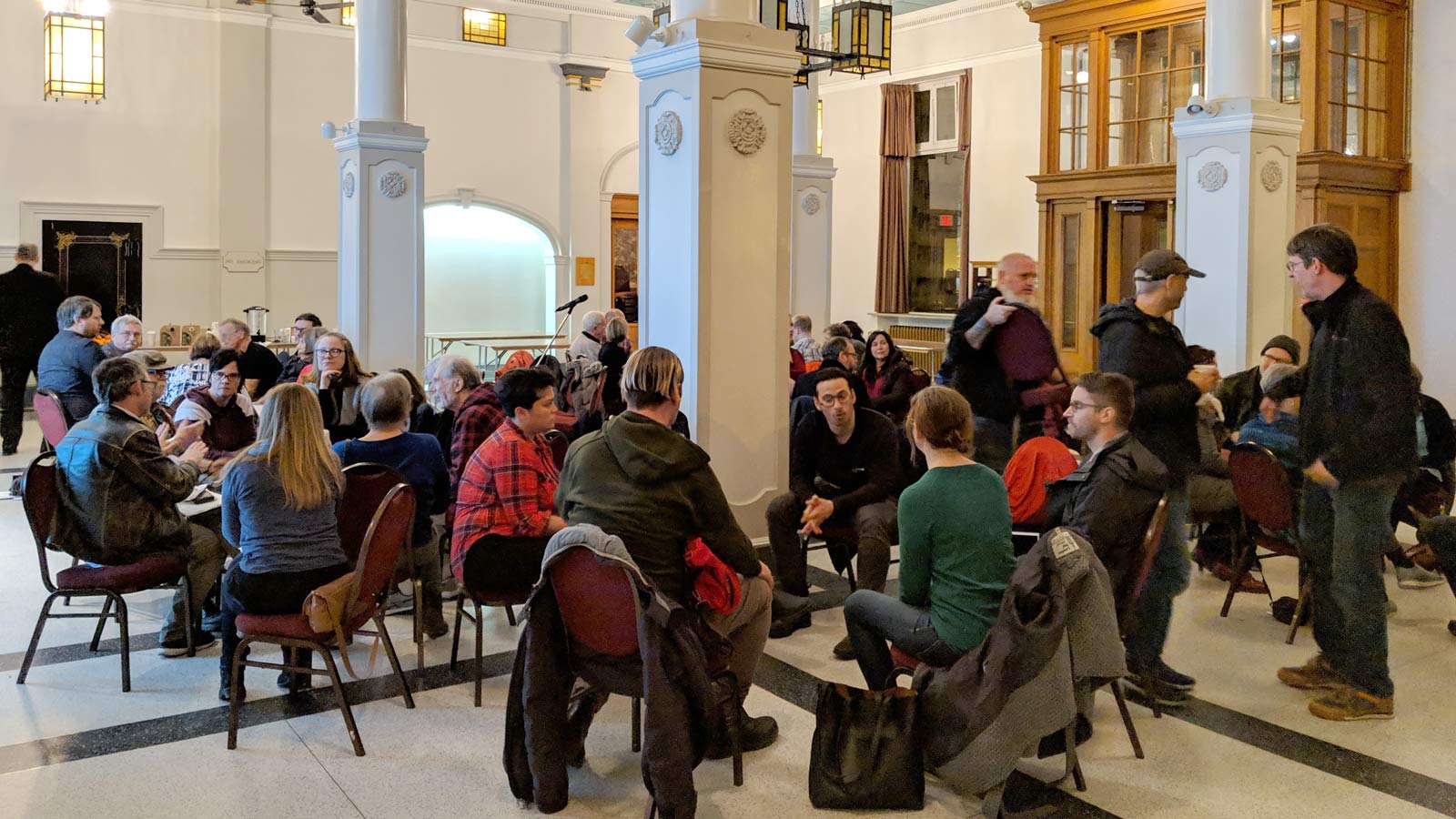 Talking about City of Vancouver leases

On January 29, CHF BC met in Heritage Hall on Main Street with nearly 50 co-op members representing 20 co-ops, as well as management companies and *RePlan.

Everyone was there to talk about a new approach to renewing leases with the City of Vancouver.

The City leases land to 50 non-profit housing co-ops across the municipality – co-ops in Point Grey, False Creek, along the Cambie Corridor, Downtown, Kitsilano, Hastings-Sunrise, Marpole, Grandview-Woodland and Champlain Heights are all affected.

Some co-ops originally had shorter-term leases set to expire in the 2020s. These face the most immediate challenges. What will happen when the leases expire? How can co-ops properly care for their buildings when borrowing for capital repairs is difficult or impossible? Despite years of discussion and public support from the past mayor and Council, we’ve seen little progress. Last night’s meeting was a time to refocus and look at what to do next for the shorter-term lease co-ops.

Members offered their insights and discussed possible options. CHF BC is organizing other meetings to connect with co-ops having longer-term leases that also need attention. We hope to capture the broad range of co-op views and come to consensus on next steps. We’ll keep posting updates on these critical challenges that affect roughly 4,000 co-op homes in Vancouver.

We thank all who attended and look forward to seeing more members at the next meeting. (The next meeting is set for February 11 for those with longer-term leases.)