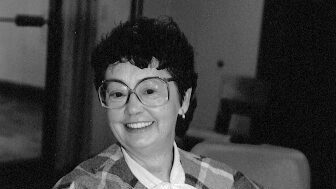 The co-op housing sector lost one of its true pioneers this month when Shirley Schmid passed away on February 11 at the age of 79.  Almost 40 years ago, Shirley organized the first housing co-op in Vancouver—De Cosmos Village Housing Co-operative in Champlain Heights. She went on to head up Columbia Housing where she helped to create almost 6,000 co-op homes in more than 70 housing co-ops in BC.

“It’s hard to imagine anyone who was more instrumental than Shirley in making the promise of co-op housing a reality in British Columbia,”

Shirley also served as the president of the Co-operative Housing Federation of Canada from 1984 to 1987 where she played a key role in convincing the federal government to fund a new co-op housing program using the Index Linked Mortgage (ILM).

February 21, 2012 Vancouver Sun article by Pete McMartin about Shirley: “A tribute to the Vancouver housewife who housed thousands.”