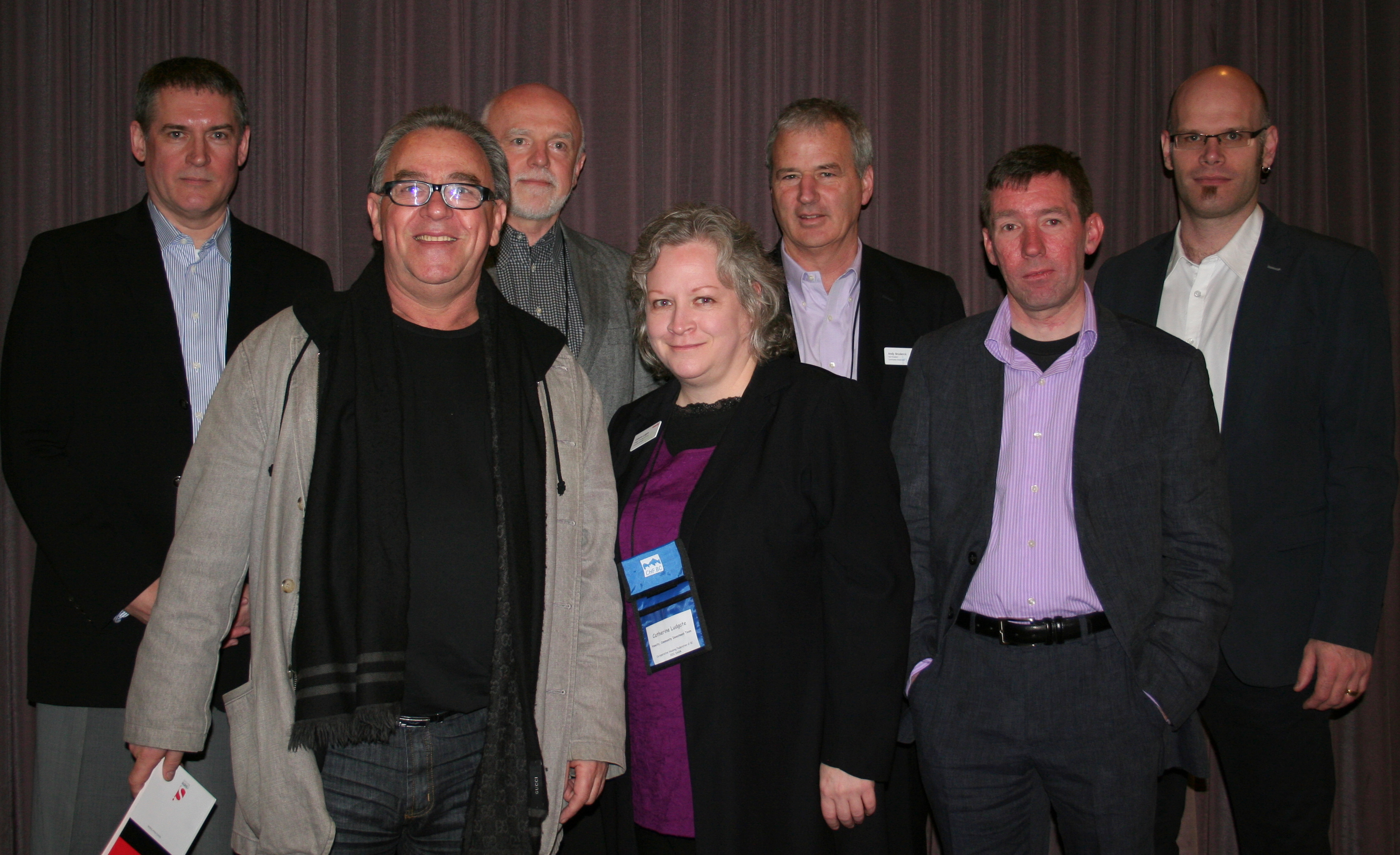 In a new venture that means financing opportunities for housing co-ops CHF BC, Vancity Community Foundation, and Terra Housing Consultants have agreed to work together to create a vehicle for developing and financing housing co-ops and other social purpose real estate.The agreement, signed at CHF BC’s semi-annual meeting on April 30, commits the three organizations to work together on projects that are a good fit with their shared objectives.“This is the most exciting news to be announced at a CHF BC meeting in some time,” said executive director Thom Armstrong. “This is our opportunity to address one of the most pressing strategic priorities our sector faces. Every housing co-op will eventually need to borrow money, whether it’s for capital upgrades, a full retrofit, or even a complete redevelopment.”Vancity Community Foundation has the capital to provide long-term loans for those purposes. Terra Housing is the leading provider of development management services to affordable housing projects in BC. By combining our efforts, we will all be more effective and CHF BC’s members will gain.”While the first priority of the new venture will be capital improvements or upgrades for existing housing co-ops, Armstrong adds that building new housing co-ops is also on the table. “We want to work with municipalities and other willing partners to create opportunities for new co-op housing. This is the perfect combination of skills and experience to make that happen.”Andy Broderick, Vancity’s vice president of community investment, announced a $500,000 contribution to CHF BC to kick-start the process. “We’re excited to be working with CHF BC and its members, and with Terra, on this important initiative,” he added.Stuart Thomas of Terra Housing Consultants shared his optimism with delegates at the meeting. “We’re confident that this new venture will be another example of the co-op housing sector working with key partners to turn a long-term vision into reality,” said Thomas.Get more information on VancityGet more information on Terra HousingEmail tarmstrong@chf.bc.ca for more information from CHF BC. Photo caption: CHF BC, Terra Housing Consultants and Vancity Community Foundation announced their partnership at CHF BC’s Semi-Annual Meeting on April 30.