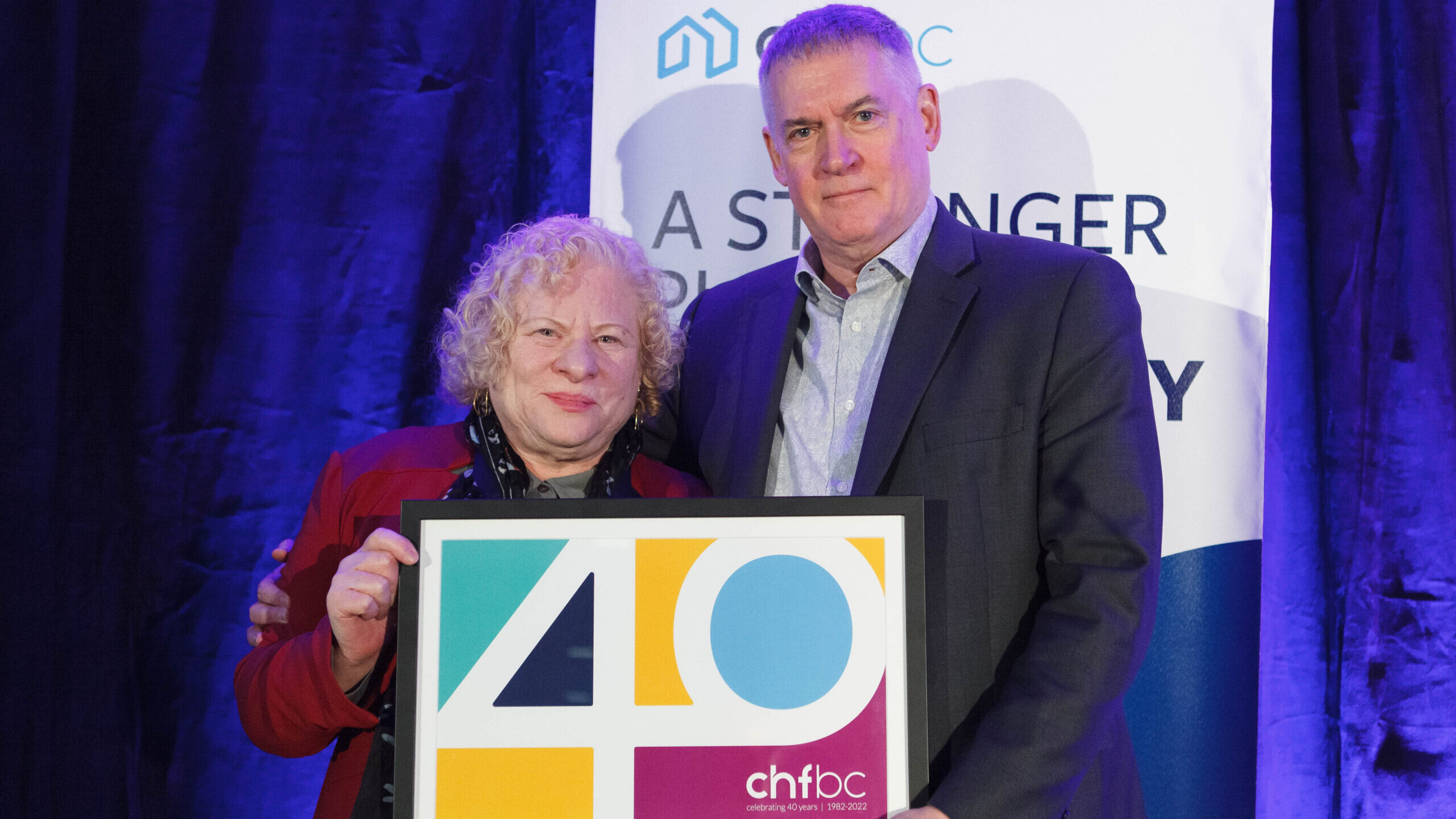 Everything that happened at the 2022 CHF BC AGM

Vancouver Island Director Shannon Sangster started the meeting with a heartfelt Territorial Acknowledgement. Both within our organization and in our work with members, CHF BC is committed to Indigenous truth, reconciliation, and decolonization. This work will necessarily be built on a commitment to learning and action based on justice, respect, and equality.

Hogan’s Alley Society is working to advance the social, political, economic, and cultural well-being of people of African descent (Black people) through the delivery of inclusive housing, built spaces, and culturally informed programming and operations. They are driven to create safe, affordable welcoming and culturally supportive housing to address the housing crisis, with a particular focus on Black communities and the most vulnerable members of our community.

Their presentation slides and be viewed here [PDF].

CHF BC president, Suzann Zimmering, presented the board report, highlighting CHF BC’s activities of the year ending July 31, 2022, our 40th year as a member-owned federation of housing co-operatives. The report shares how we supported housing co-ops and co-op members during the past fiscal year and looked ahead to what to expect in the future.  The full report can be found here [PDF].

In her remarks Mary Ann highlighted the recent launch of an important research report showing the difference between co-op housing charges and market rentals over the past 16 years that makes a very strong case for the return on the public investment in co-op housing. You can find more information on the study–called “The Co-op Difference”–on our website.

During their remarks, Mary Ann presented member loyalty awards recognizing long time CHF Canada members for 20 years or more of continuous membership in CHF Canada.  CHF BC was included in this recognition, having been a member since our inception 40 years ago.

The 2023 CHF Canada Annual Meeting will take place in Ottawa, next June 15-17th.

CHF BC treasurer, Deanna Overland, presented a financial overview of the 2021-22 fiscal year. In her remarks, she noted that the Federation finished the year in solid financial shape, and presented a clean, unqualified auditor’s opinion to our members. The text of her report can be read here [PDF].

This year’s board election was an exciting affair, with eight candidates vying for five two-year board terms. After introducing themselves to the audience, the candidates took part in a unique ‘speed networking’ event where delegates could ask candidates questions, both in person and online.

CHF BC would also like to offer special thanks to retiring Directors John Bathurst, Jarrett Hagglund, and Judy Young for their committed service to our federation.

For more information on what CHF BC has accomplished in our 40th year, stay tuned for our 2022 Year-in-Review to be released in mid-December.