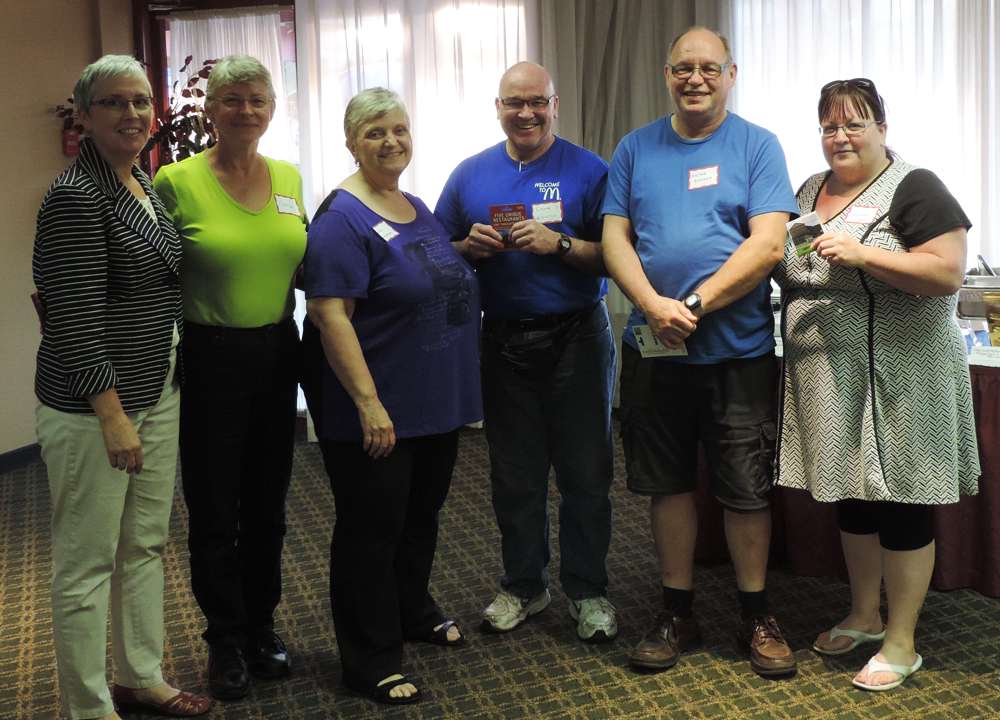 Island members filled the room on May 25 for the Vancouver Island Council meeting in Victoria, networking with new and familiar faces, delegates and co-op members.Vancouver Island Directors Art Farquharson and Patty Shaw presented the board report and reviewed highlights from the federation’s Semi Annual General Meeting.The directors also reviewed priorities for the coming 2016-2017 year and major achievements of the You Hold the Key campaign since the last council meeting, including the announcement in the federal budget of $30 million earmarked to maintain subsidies over the next two years for co-ops with agreements ending from this April 1 through to March 31, 2018. The directors encouraged members to stay active in the campaign and continue to pass resolutions (see keycampaign.ca for how).

Member Services Director Kerry Panter outlined CHF BC’s commercial services’ partnership with TELUS and our new Co-op Telecom Program. She underlined the program’s early success with already 40 co-ops now using the heavily discounted HD television, high-speed internet and home telephone services. Kerry advised delegates of upcoming events such as the PIPA webinar on June 14, 2016, the next council meeting which will be October 19, 2016 and the next Island Education Day on November 5, 2016.

Executive Director Thom Armstrong led a member forum focused on the changes ahead for housing co-ops. The members worked in groups to discuss the challenge of change, leadership and changes members want to see.

CHF Canada Director-at-Large Dianne Brubaker delivered the CHF Canada report. She spoke about the online election for their BC/Yukon director, gave an update on the national You Hold the Key campaign and encouraged members to stay involved.

Dianne urged Island co-ops to send representatives to the 2016 CHF Canada AGM in Hamilton, Ontario and gave a brief outline of the meeting and what attendees can expect including networking opportunities.